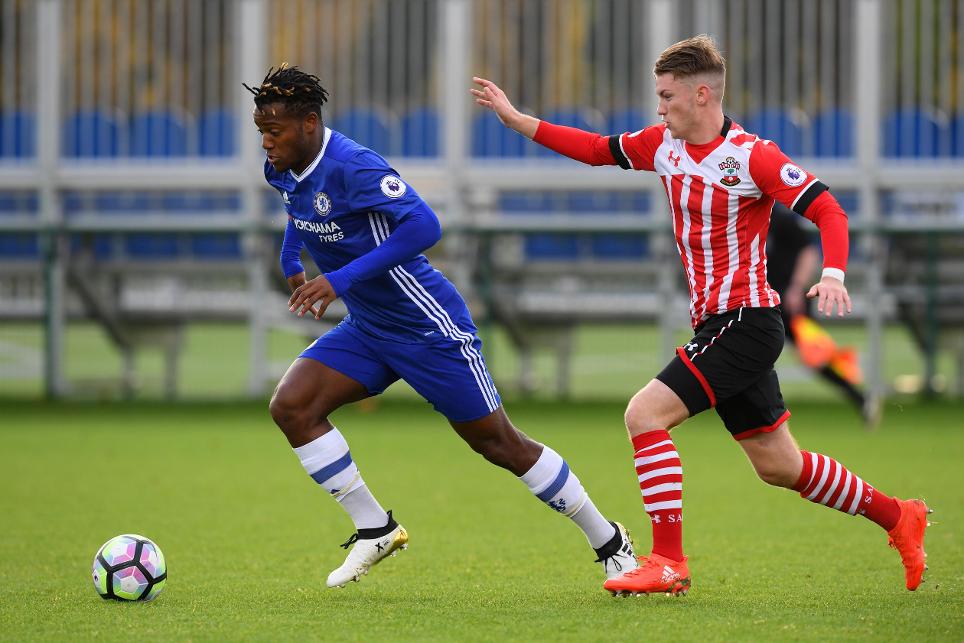 Michy Batshuayi and Marco van Ginkel scored late goals as a strong Chelsea side came from 2-1 down to beat Southampton 3-2 in Premier League 2 Division 1.

Club captain John Terry played 70 minutes and goalkeeper Eduardo, Kurt Zouma and Cesc Fabregas also started, but Olufela Olomola and Josh Sims gave Southampton a 2-1 lead at half-time, either side of a fine strike from Batshuayi.

The Blues put Saints under pressure throughout the second half, and they were rewarded with Batshuayi's 86th-minute leveller and a curling strike from van Ginkel a few minutes later.

It's a tough defeat to take for #SaintsFCU23s, as #CFC score twice late on to win 3-2 at Cobham. Read our report: https://t.co/OHjQyyWpDQ

Chelsea replaced Southampton in fourth position of Division 1, with Southampton one point behind in fifth position. The Blues’ next PL2 match is at Manchester City on Saturday 26 November, while Saints host Everton on Monday 28 November.