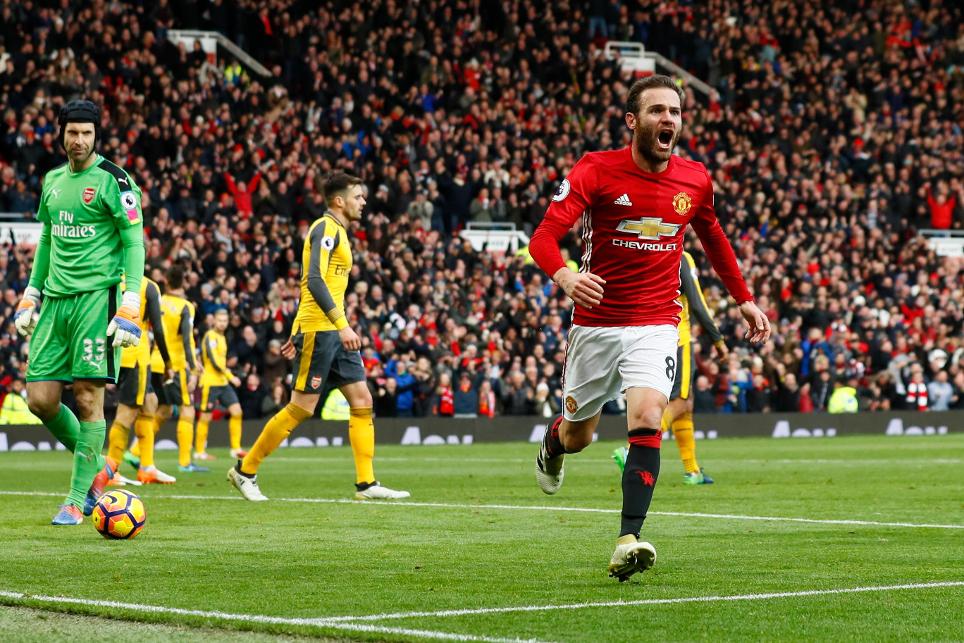 His strike in the 1-1 draw took him to 32 in the Bonus Point System (BPS) as he completed 86% of 36 attempted passes and three dribbles.

Olivier Giroud's (£8.8m) towering header for Arsenal’s equaliser earned him two bonus points as he recorded 27 in the BPS from a 17-minute appearance from the bench.

Herrera assisted Mata's goal and completed 89% of his 67 passes.

Mata also topped the ICT Index, with his strike being one of three efforts on goal, all of which hit the target, helping him to a Threat score of 29.

Giroud bettered that to earn 50 Threat and rank second in the Index overall, underlining Arsenal's struggle until his introduction.

Alexis Sanchez (£11.3m) was Arsenal's only other player to fire an effort on goal from inside the penalty box.

Herrera ranked third in the Index, producing the highest Creativity score on show, with 41, having laid on three chances for team-mates.

Mata's performance reinforced his status as a regular starter for Jose Mourinho, while 10 FPL points demonstrated a renewed potential as a mid-price option.

Zlatan Ibrahimovic (£11.1m) returns from suspension for Gameweek 13's visit of West Ham United, but, with the Swede fading as a top candidate for FPL forward lines, Mata offers a new option to cover United's potential ahead of an improving fixture list.

From Gameweek 16 to 20, all their five matches register two or lower in the Fixture Difficulty Rankings.

At the back, Phil Jones (£4.7m) continues to present the cheapest route into Mourinho's defence, having earned two successive starts.

Arsenal's attacking FPL assets endured a flat and ineffective afternoon, with Carl Jenkinson's (£5.0m) inclusion at right-back for the injured Hector Bellerin (£6.5m) their main point of interest for managers.

Jenkinson offers a cheap short-term route into an Arsenal defence who face AFC Bournemouth and Stoke City in their next two home encounters.

Giroud's contribution from the bench is another factor to consider.

It remains to be seen if Arsene Wenger can continue to keep the Frenchman as an impact substitute or will eventually offer him starts, shifting Sanchez to the flank.

That could impact on Sanchez's output while adding more competition in wide areas.