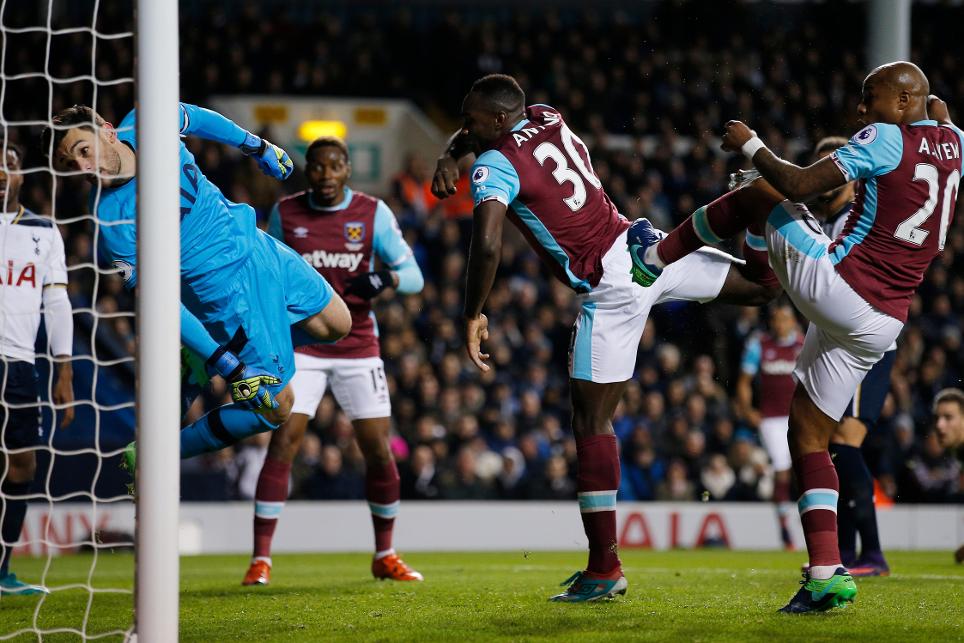 When thinking of legendary headers of the ball in the Premier League Duncan Ferguson, Peter Crouch and Les Ferdinand are players who probably come to mind.

But these heading legends look set to be overhauled in the record books by West Ham United's Michail Antonio.

With his headed goal in the 3-2 defeat by Tottenham Hotspur on Saturday Antonio edged closer to a Premier League mark with less than a third of the season gone.

This tally in 2016/17 is only one behind the third-highest total set in a season, achieved by five players, including Ferdinand and Teddy Sheringham.

The record in one season for headed goals is held by Ferguson, who scored nine in 1997/98 for Everton. Eight headed goals have been scored in a season by a player four times.

Most headed goals in a season

Antonio's 11 headed PL goals in 2016 has equalled the mark set by Everton's Tim Cahill in 2010 and the West Ham player explained this week that it is thanks to hard work at the training ground that he has become so successful in the air.

"When I was younger I couldn't head the ball to save my life!" he told whufc.com. "When I was at Sheffield Wednesday I kept getting opportunities because I have a good leap but it was something I worked on in training. It’s something I’ve worked hard on and now I’m reaping the benefits."

Antonio will look to go level with the 10 players on seven headed goals in a season a week on Sunday when he faces Manchester United, against whom he scored a header in the final match at the Boleyn Ground last season.