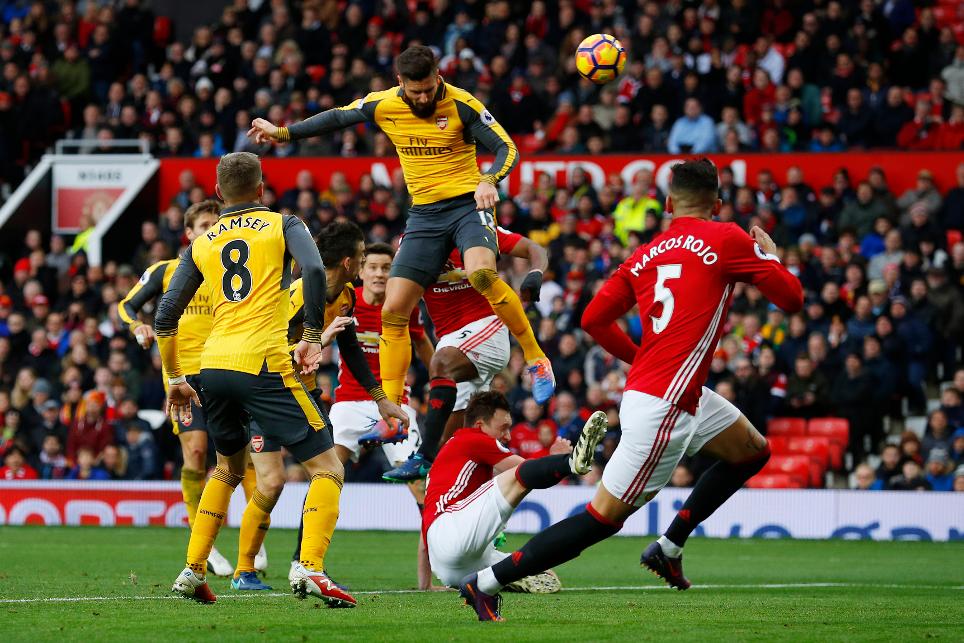 Olivier Giroud struck in the 89th minute to earn Arsenal a draw against Manchester United at Old Trafford.

But two substitutes made the difference for Arsenal, as Alex Oxlade-Chamberlain's cross from the right was met by Giroud's head, powering it past David De Gea.

The Frenchman scored Arsenal’s first goal against a Mourinho side for nine years in the Premier League to rescue a point.

Man of the Match: Antonio Valencia