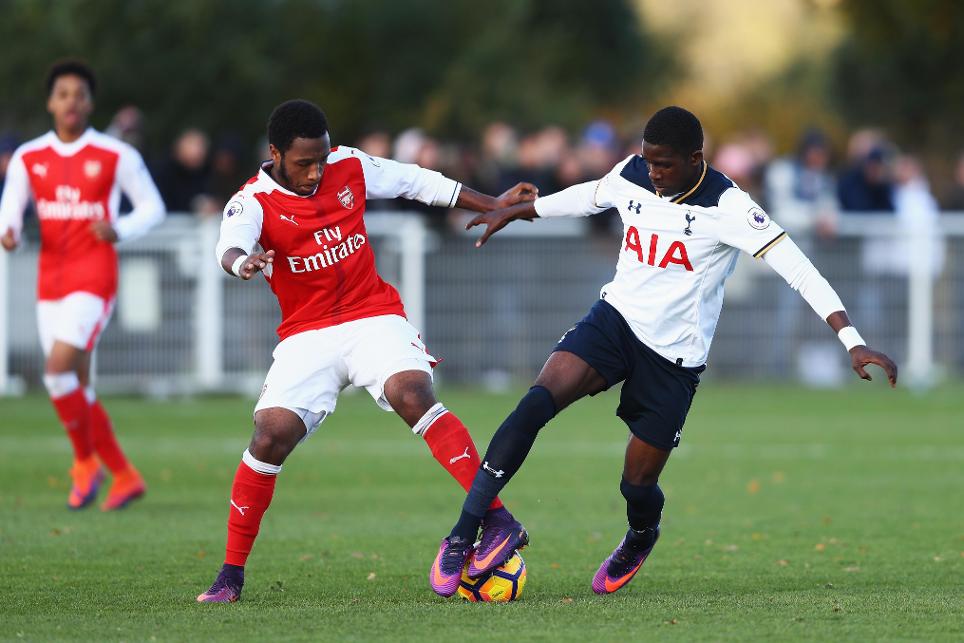 The Breakdown: The season so far special External Link

The French defender, who has not played in the Premier League since the 1-1 draw with Spurs in November 2015, marked his competitive comeback by firing Chris Willock’s cross in off the bar soon after the hour mark.

On 68 minutes Spurs were down to 10 men, when Charlie Owens was sent off for a challenge on Gedion Zelalem, before Stephy Mavididi wrapped up Arsenal’s win at Hotspur Way with a stoppage-time penalty, following a foul on Willock.

The victory moves Arsenal up to sixth place in Division 1, while Spurs are bottom of the 12-team league, six points below their north London rivals.

Arsenal’s next PL2 match is against Leicester City at Borehamwood on Monday 28 November, with Spurs facing a trip to Sunderland on the same day.