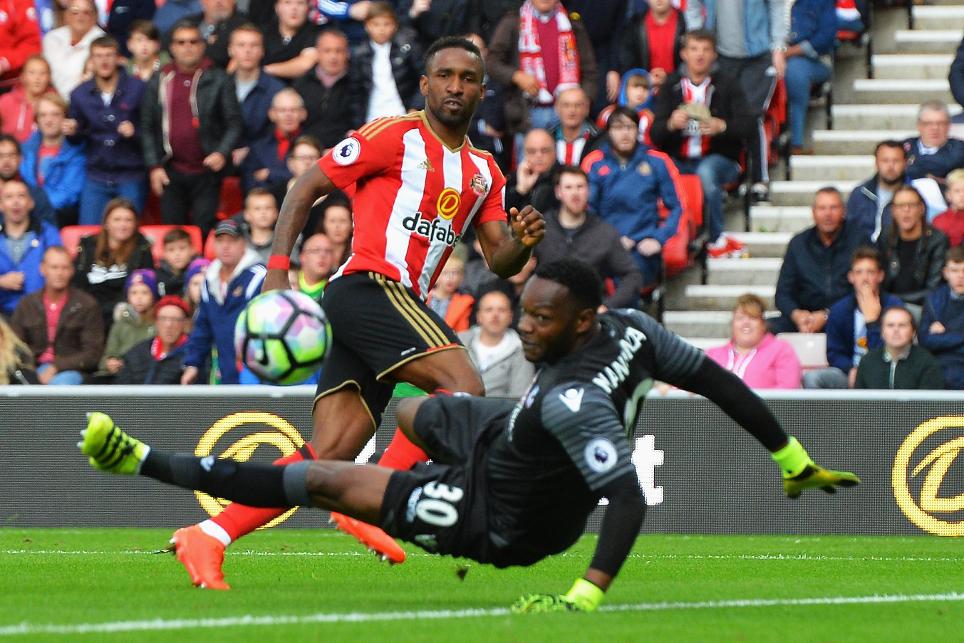 Striker is matching Aguero in FPL and upturn in form set to continue against Hull, says The Scout

We Want To Kick On Now - Davies External Link

The Sunderland striker's goal and assist at AFC Bournemouth in Gameweek 11 took him to joint-third in the FPL forward standings, level with Manchester City’s Sergio Aguero (£13.1m) on 61 points.

With six goals and an assist, the Black Cats’ talisman has played a part in seven of his side’s nine goals. His 77.8% goal involvement is higher than any regular in the Premier League.

In spite of Sunderland's struggles, Defoe has flourished as an FPL asset under David Moyes.

A total of 31 attempts over the opening 11 Gameweeks is bettered only by the premium-priced picks of Zlatan Ibrahimovic (£11.1m), Diego Costa (£10.5m) and Aguero.

When compared with his 2015/16 numbers, there has been a clear improvement.

As the table below shows, Defoe’s touches, shots and efforts inside the penalty area have all risen, as well as goal conversion rate, up from 17.6% to 19.4%,.

How Defoe has improved

Currently on 149 Premier League goals, Defoe will fancy his chances of reaching a milestone against the division’s most porous defence.

Despite demonstrating improved resilience of late with the return of Michael Dawson (£4.4m), Hull have shipped the most goals (24) and are bottom for attempts conceded inside the penalty area (131).

Defoe could also continue to prosper further ahead.

According to the Fixture Difficulty Ranking (FDR), this weekend’s match is the first of four matches in the next six Gameweeks that score no more than two for Sunderland.

Moyes’ men also host Leicester City and Watford, in addition to travelling to Swansea City over that period.

While matches with Liverpool and Chelsea are less promising, Defoe has netted against Manchester City and Arsenal, underlining his ability to harvest points regardless of the opponent.