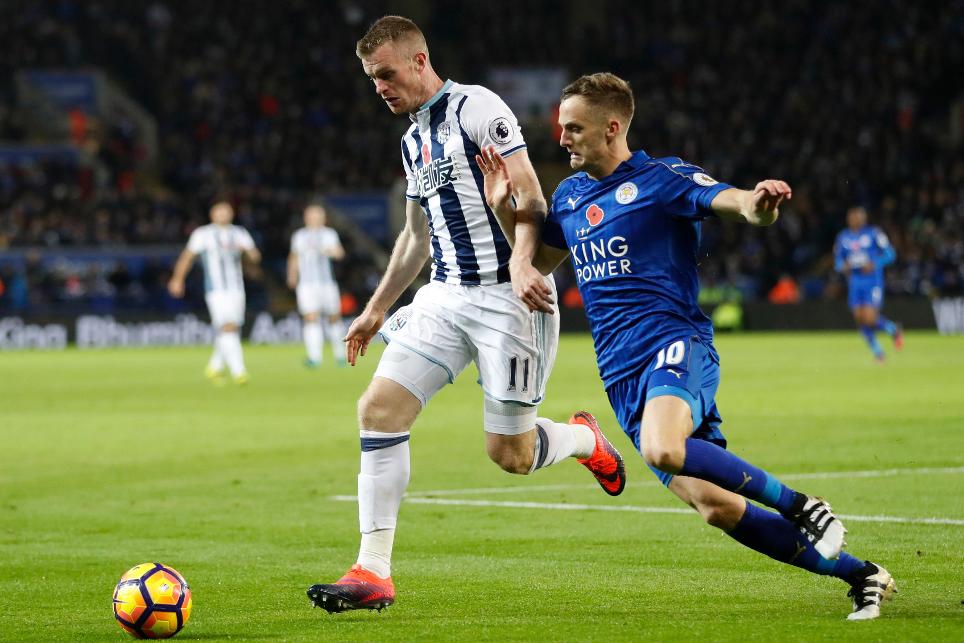 Listed as a defender, West Brom player can be crucial to his manager and those in FPL, says The Scout

After months on the sidelines with a knee injury, Chris Brunt's (£4.9m) return to action coincides with a fine set of fixtures for West Bromwich Albion, offering Fantasy Premier League managers an intriguing differential.

Having stepped up his fitness with a couple of substitute appearances, Brunt has started each of the last two Gameweeks, with Tony Pulis's men somewhat hampered by recent injuries and suspensions.

Classified as a defender in FPL, the versatile Brunt has been used in midfield by Pulis, playing on the flank in the recent 2-1 win over Leicester City.

According to the Fixture Difficulty Rankings, four of the Baggies' next five matches score two or less, with home encounters with Burnley, Watford and Swansea City in addition to a trip to Hull City between Gameweeks 12-16.

Although it remains to be seen where Brunt will fit in once the Baggies' head coach has a full quota of players to pick from, there is no doubting that his ability from dead-ball situations is a vital weapon.

West Brom have scored six of their 12 goals from set-piece scenarios over the first 11 Gameweeks, only Liverpool (eight) have registered more.

No side have scored more often from corner-kick situations than the Baggies' five goals.

In addition, West Brom's (29) are second only to Chelsea (35) for attempts direct from corners.

Over the previous two seasons, Brunt has supplied 14 assists, one more than Liverpool's Philippe Coutinho (£8.7m), the most owned player in FPL.

His form is also on the rise ahead of next Monday's home match with Burnley.

He provided a goal and an assist in Northern Ireland's 4-0 win over Azerbaijan during the international break, teeing up club-mate Gareth McAuley (£4.7m) to find the net.

While McAuley is the fourth-most popular defender in FPL and resides in 24.3% of squads, only 0.1% have taken a punt on Brunt.

But with a home fixture against a Burnley team ranked worst for attempts conceded from set-pieces (56) and second-bottom for headed efforts conceded (29), he could be in line to profit from both attacking and defensive returns.