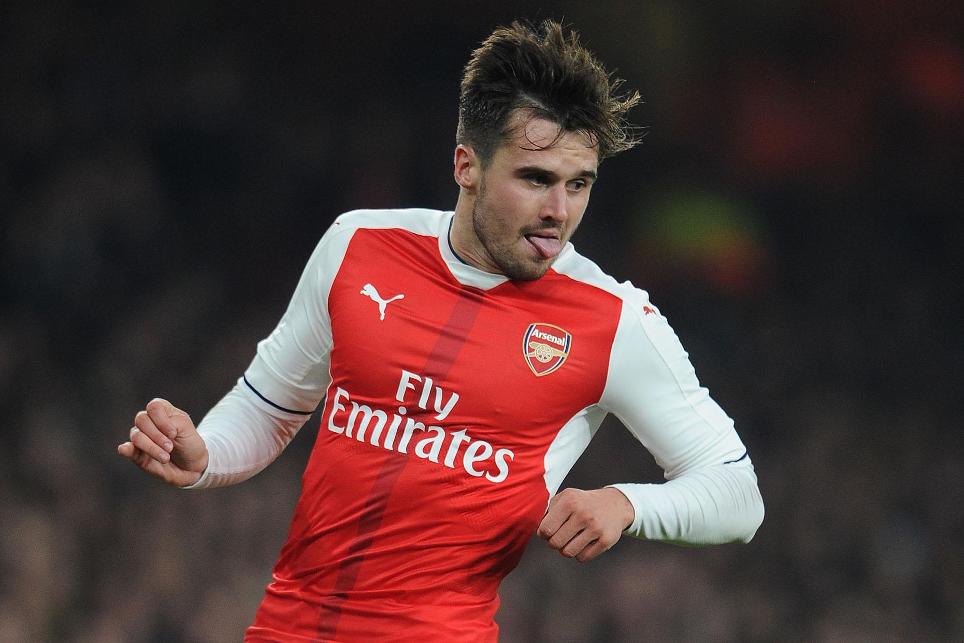 Ozil/Alexis: The secret to their success External Link

The international break has been a cause of stress for the Fantasy Premier League managers who own Arsenal’s most popular players, but it may also create opportunities.

Having missed Chile’s goalless draw against Colombia with a hamstring problem, Sanchez is FPL's third-most transferred-out player, with more than 95,000 managers parting company ahead of Gameweek 12.

But he is expected to be fit to face Uruguay on Tuesday evening.

Nonetheless, with a late flight back ahead of Saturday's early kick-off against Manchester United, Arsene Wenger will be keen to assess his top scorer.

Bellerin remains a doubt for the trip to Old Trafford after withdrawing from the Spain Under-21 squad with an ankle injury.

Sanchez and Bellerin are the only two outfield players to have featured in all 11 Premier League matches for Arsenal this season.

The meeting with United marks the first of 12 matches in 45 days across all competitions for Arsenal, suggesting Wenger could look to rotate his squad.

Sanchez remains in 23.4% of squads as the third-highest points-scoring midfielder in FPL, with 72 points from playing largely as Arsenal's central striker.

But the recent return of Olivier Giroud (£8.8m) offers a greater physical presence to Wenger.

After emerging from the bench to score twice against Sunderland in Gameweek 10, the Frenchman was handed a start for Arsenal's next match against Ludogorets Razgrad in the UEFA Champions League.

A few days later, Giroud’s introduction as a substitute in the Gameweek 11 draw with Tottenham Hotspur shifted Sanchez to the left as Wenger chased a winner.

Bearing in mind that only Burnley have conceded more headed goal attempts than Arsenal over the last four Gameweeks, Wenger could turn to Giroud this weekend to help negate United’s muscular approach and threat from set-pieces.

Theo Walcott (£7.8m) returned to action in Gameweek 11 after recovering from a hamstring complaint, yet was replaced on 70 minutes by Alex Oxlade-Chamberlain (£5.8m), who continues to push for a start.

With the fit-again Aaron Ramsey (£7.8m) also used off the bench against Spurs, Wenger has renewed strength in depth at his disposal across the attacking positions.

At the back, Bellerin is owned by 25% of FPL managers, making him the third-most popular defender in the game.

Lying fifth in the FPL defender standings, the right-back has produced two assists and four clean sheets in 11 starts.

But his potential absence through injury could promote Carl Jenkinson (£5.0m) as a short-term option.

As Bellerin's deputy, he could offer a cheaper route into an Arsenal defence that has conceded only 11 goals in as many Premier League matches, earning four clean sheets.