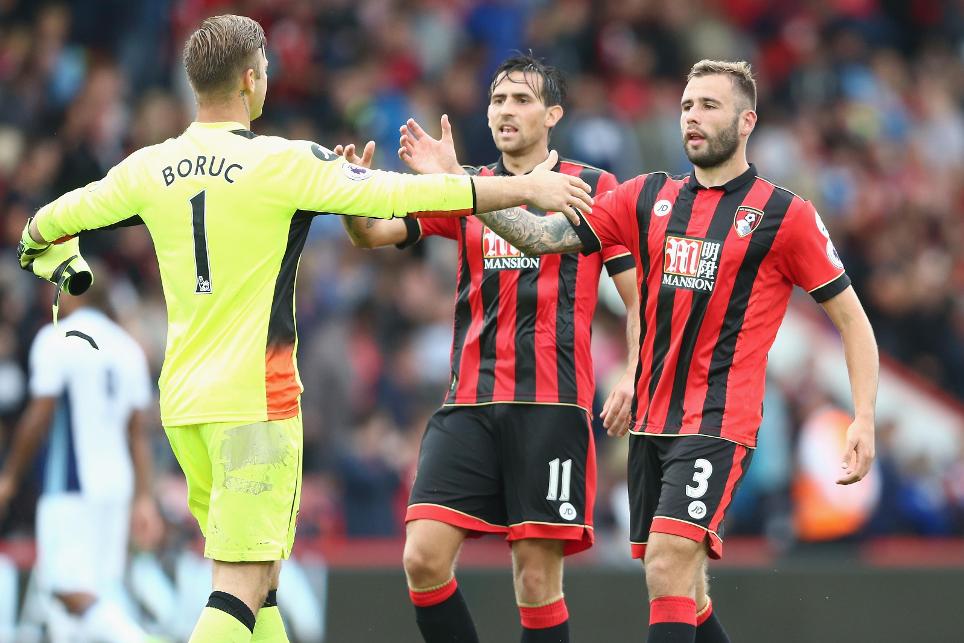 Steve Cook, Angel Rangel and Etienne Capoue could be Premier League goalkeepers if the chance came, according to their club team-mates.

The AFC Bournemouth, Swansea City and Watford stars would be the ones to don the gloves in the bizarre scenario that their team was left without a fit goalkeeper.

"When we were in League One he (Cook) was actually desginated to be our sub goalie," said Charlie Daniels. "We never had a goalie on the bench so if ours was to get injured Steve would have been the one to take on the gloves."

Kyle Naughton believes the go-to man for Swansea would be Rangel, who went in goal for the closing stages of the first ever Premier League South Wales derby, which Cardiff City won 1-0 after Michel Vorm was sent off and manager Michael Laudrup had used all of his substitutions.

Watch Daniels, Naughton and Valon Behrami discuss the goalkeeping capabilities of their team-mates in the video above.