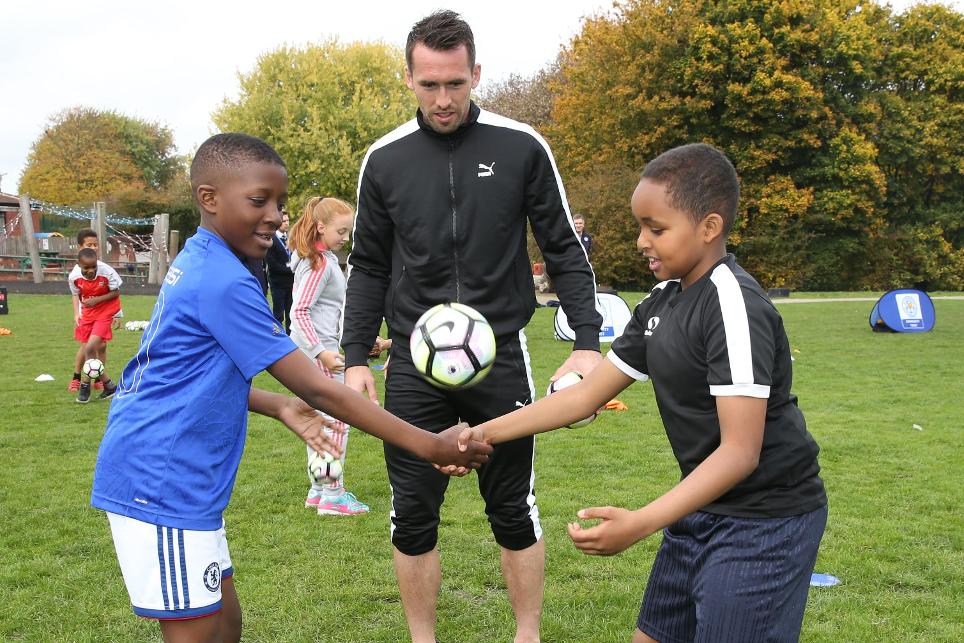 "When I was a kid I'd play football with my friends and I'd always wished I had the opportunity to play with a professional footballer," Fuchs told lcfc.com. "These kids have had the chance to do that thanks to Premier League Primary Stars."

Fuchs's visit was part of the club's "Inspired By Champions" resilience workshop, which looked to highlight Leicester's journey from relegation candidates to Premier League champions.

That is used to deliver messages around diversity, teamwork and anti-bullying to the youngsters.

"We had a Q&A session with Christian which looked at the important of PE within schools and he shared his own experiences of that to encourage youngsters in attendance to not only participate in those lessons, but to also take park in sport outside of school," said Jamie Skinner, Leicester City education and partnerships manager.

The Premier League Primary Stars programme is a new initiative that aims to develop skills and ambition on and off the pitch with resources for girls and boys aged 5-11 years old.