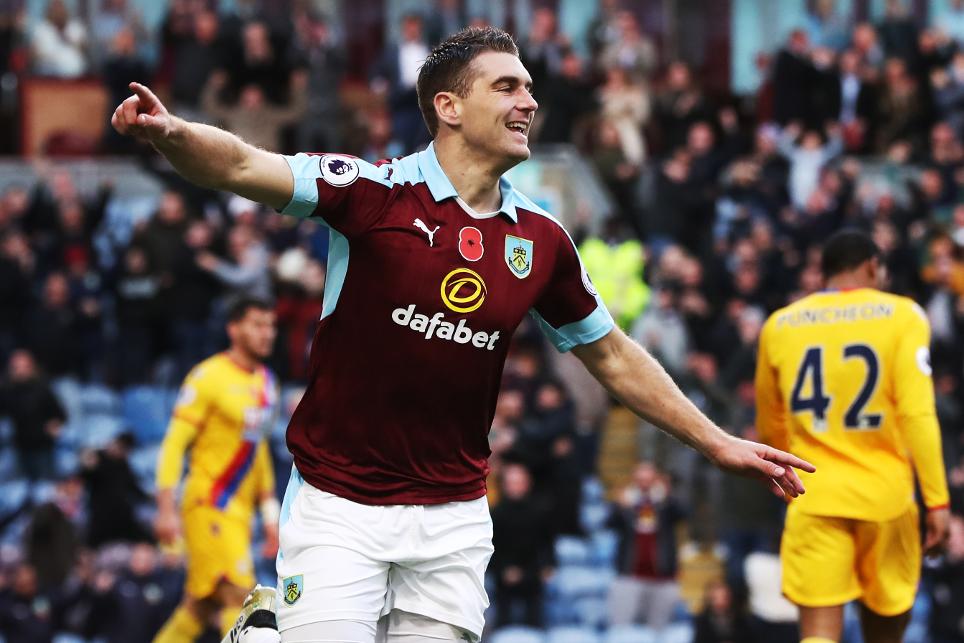 After third goal in four Gameweeks, only one forward boasts a better points-per-million value than in-form Burnley striker

Dyche: Win will go down in folklore External Link

The Burnley midfielder ended with a Bonus Points System (BPS) score of 38, thanks primarily to his goal and assist, plus four recoveries in the 3-2 victory.

The forward was awarded two additional points but was denied the maximum bonus after missing the target with three of his six attempts.

Ashley Barnes (£4.4m) and the visitors' Andros Townsend (£6.1m) earned a single bonus point apiece, with the former's late strike helping him to a BPS score of 29.

Townsend's tally of 29 was made up of his assist for Christian Benteke's (£7.6m) converted penalty, while the winger also completed 94% of 35 attempted passes and seven dribbles on his return to Palace's starting XI.

Benteke missed out on bonus points altogether, having been tackled on six occasions.

Vokes sat at the summit of the ICT Index with an impressive 17.6 tally.

He posted the third-highest Threat score (98) in Gameweek 11, with five of the Welshman's six attempts arriving from inside the box.

Benteke ranked second with an Index haul of 14.7. He scored 78 for Threat, after enjoying 15 penalty-area touches and producing four attempts on goal - all from inside the box.

In terms of Creativity, Palace winger Wilfried Zaha (£5.3m) led the way with a score of 38.

The winger succeeded with three of his six crosses and laid on two chances, one of which was converted by Connor Wickham (£5.6m) for Palace's first goal.

Zaha has now produced three assists in his last three Gameweeks to put him only one behind last season's tally of five.

The return to fitness of Steven Defour (£6.0m) meant that Sean Dyche omitted forward Andre Gray (£6.2m) and reverted to a 4-1-4-1 formation.

That meant a sixth successive league start for Vokes, who has now produced three goals and an assist in the last four Gameweeks.

That ranks him fifth in the FPL forward standings with 46 points. Only Sunderland's Jermain Defoe (£7.3m) boasts a stronger points-per-million value.

Benteke scored his fourth goal of the season - all of which have arrived in away matches.

Trips to Swansea City and Hull City in the next four Gameweeks suggest that the Belgian will have the opportunity to extend that form on the road.

Wickham's goal from the bench may now see him partner Benteke in a 4-4-2 when Manchester City pay visit in Gameweek 12, as Palace seek to arrest a run of four straight defeats.