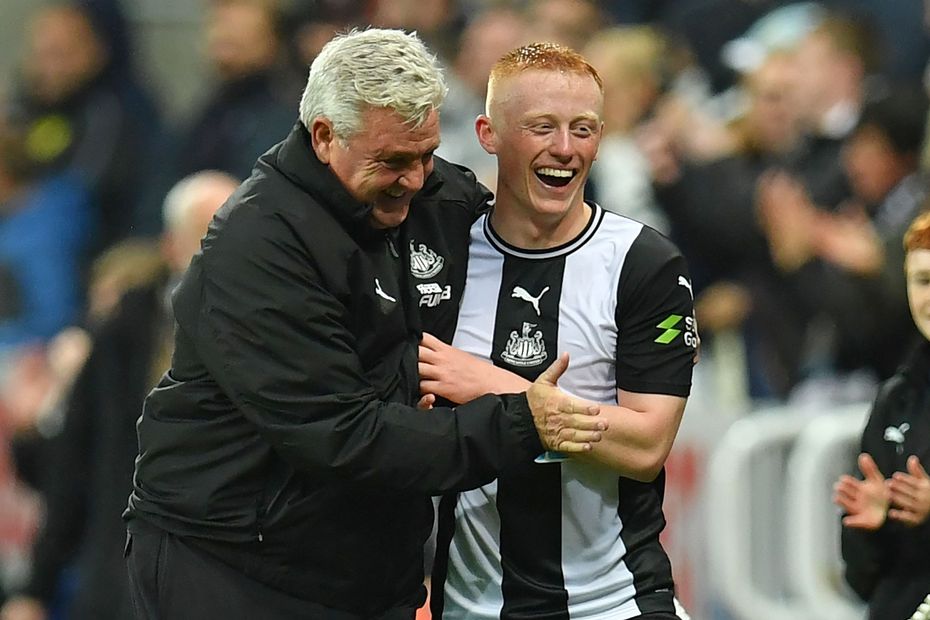 Bruce delighted with response to Leicester loss External Link
Carroll: The lads are buzzing for Longstaff External Link
Hargreaves: Longstaffs should be so proud

Steve Bruce was able to celebrate his 400th Premier League match as a manager with his Newcastle United team claiming a 1-0 win over Manchester United.

As well as becoming only the seventh manager to reach this landmark as a manager in the competition, Bruce was only the fourth to celebrate the feat with a victory.

Arsene Wenger, Sir Alex Ferguson and David Moyes were the others, with Harry Redknapp, Sam Allardyce and Mark Hughes the three to miss out.

Bruce had extra reason to celebrate as it was his first-ever victory against Man Utd as a manager.

In the 22 previous matches as an opposition manager against the team with whom he had won three Premier League titles as a player, Bruce had lost 17 and drawn five matches.

And the win came immediately after a 5-0 defeat at Leicester City the previous weekend.

"This just shows you that football management is up and down," Bruce said. "You can never write the script."

His team have eight points from eight matches and Bruce says that total is "about par" after a start which has included meetings with four of last season's top-six sides.

Next up is a trip to an in-form Chelsea team.

"We knew the first nine games were going to be tough," Bruce added. "Nice easy one against Chelsea next week!"