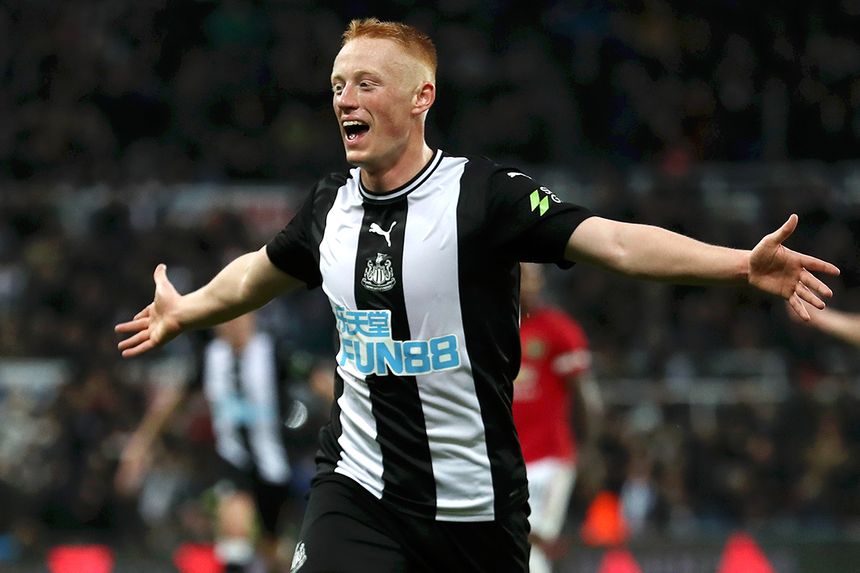 It was a weekend that Newcastle United's teenage midfielder Matthew Longstaff will never forget.

The 19-year-old marked his full Premier League debut, in which he featured in central midfield alongside brother Sean Longstaff, by netting the Magpies' winner in Sunday's 1-0 victory against Manchester United.

And not only did Longstaff's goal secure a first home success for his boyhood club, it also earned the youngster a place in the Team of the Week of Alan Shearer, Newcastle's all-time top goalscorer and a fellow Geordie.

"What a dream full debut for the youngster," said Shearer. "I can remember all too well my first goal at St James' Park. He looked very comfortable in midfield, and what a strike!"

Strong @Wolves look to @AlanShearer's #PL Team of the Week! 🐺

Agree with his XI? pic.twitter.com/oEhTIwlXxz

The Sheffield United goalkeeper more than made up for his error last week, when he gifted Liverpool their win. He made two very good saves to claim his clean sheet and a point for Chris Wilder's side.

He spent 70 minutes as a right wing-back and never gave Raheem Sterling a kick, helping to stop Manchester City scoring for the first time in 10 months. Then when he was moved further forward he scored two brilliant late goals to stun the reigning champions.

One of three Wolves defenders in my team, he was a colossus at the back in their win at the Etihad Stadium. He headed and blocked everything that came his way.

What a dream full debut it proved to be for the Newcastle United youngster. I can remember all too well my first goal at St James' Park. He looked very comfortable in midfield, and what a strike!

He provided an assist with a brilliant pass to Sadio Mane for Liverpool's opening goal against Leicester City. The veteran midfielder was ice-cool in sticking the penalty away right at the end too.

Simply too good for Daniel Farke's Canaries from start to finish. The Villa midfielder was just superb and his performance was rewarded with a deserved goal.

The 19-year-old was a constant danger. He scored twice on his first Premier League start and ran the Tottenham Hotspur defence ragged.

The Brazilian scored two, but it should have been three, what with his missed penalty! Even so, he gave an impressive performance in a thumping win for Villa.

This was another towering display to prove his England call-up was deserved. On target again with his eighth goal of the season, he is now joint-top scorer in the Premier League with Man City's Sergio Aguero.

Masterminded back-to-back Premier League wins against Watford and now Man City. This success stunned the champions in their own back yard.