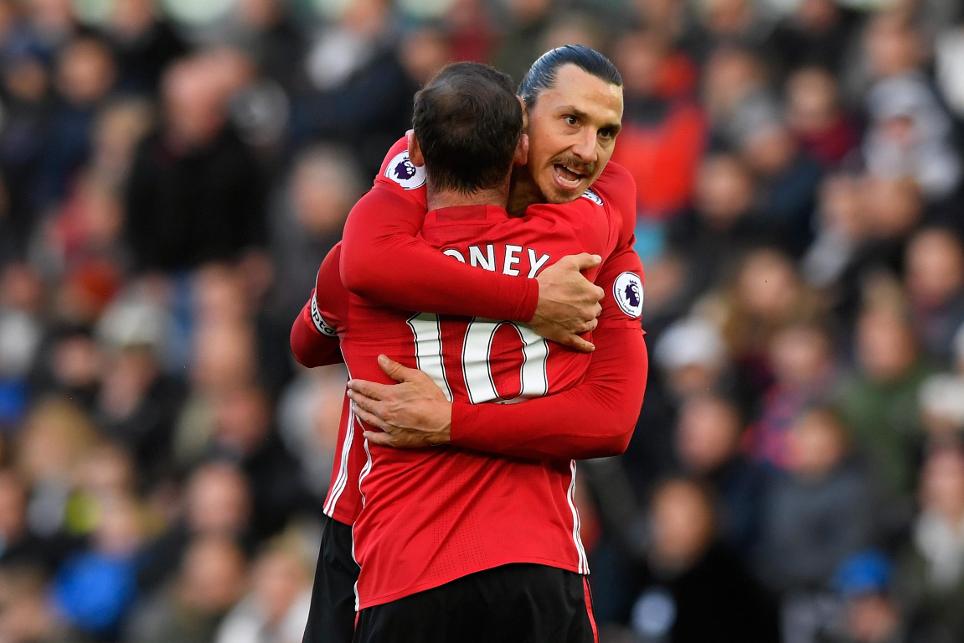 The forward posted a Bonus Points System score of 58, having completed 87% of 63 attempted passes, in addition to his two strikes.

A pair of assists for Wayne Rooney (£8.6m) brought the recalled United skipper two additional points, tallying 32 in the BPS.

Rooney completed 87% of his 68 passes and four dribbles against the Swans.

Paul Pogba (£8.2m), scorer of the opening goal, was handed the final bonus point on offer, with 29 in the BPS.

The Frenchman made more passes than any other player on show, completing 95% of his 98 attempts. He also contributed 13 recoveries to the rearguard effort.

Ibrahimovic led the way in the ICT Index with a score of 13.5, although a Threat score of 36 was his third lowest of the season.

He registered seven touches in the Swansea penalty area but produced just two attempts on goal - scoring with both.

He had averaged 5.7 attempts per match before Sunday's encounter.

Rooney was the standout player in terms of Creativity, with a score of 44. He provided three chances for team-mates, helping him to an overall tally of 10.6.

Pogba's busy all-round display earned him 9.4 in the Index.

The Frenchman received 31 passes and completed 30 of his own in the attacking third - in both cases, more than any other player.

After not scoring in his previous six Gameweeks, Ibrahimovic had been sold by over a million FPL owners since Gameweek 6.

His two goals halted that barren run but was accompanied by a costly fifth yellow card of the season.

Ibrahimovic is now suspended for the Gameweek 12 Old Trafford meeting with Arsenal and has been sold on by another 45,000 managers to this point.

Over the first 11 Gameweeks, only four other midfielders have fired in more than his 33 goal attempts, yet Pogba's goal in South Wales was only his second of the campaign.

Bob Bradley again made a raft of changes to the Swansea teamsheet, with the American opting for an unfamiliar 4-4-2 formation, as Borja Baston (£6.9m) partnered Fernando Llorente (£6.2) in attack.

He remains the key FPL asset in the Swans camp, and could warrant investment once their fixtures improve from Gameweek 15 onwards.