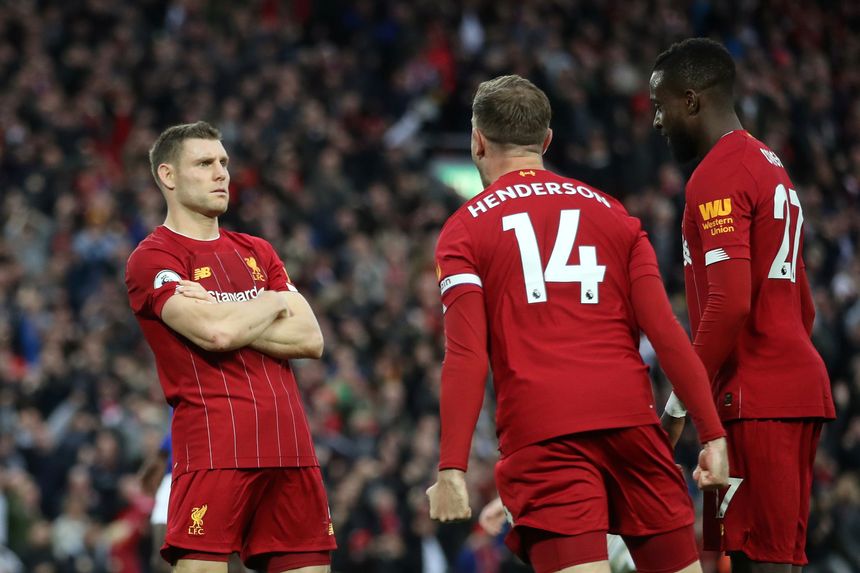 James Milner's stoppage-time penalty made it 17 consecutive Premier League wins for Liverpool as they claimed a 2-1 victory over Leicester City at Anfield.

Sadio Mane opened the scoring on 40 minutes, slotting in from 12 yards after being played in by Milner to score his 50th goal in 100 Premier League appearances for Liverpool.

Milner struck the decisive penalty in the fifth minute of stoppage time after Mane was fouled by Marc Albrighton.

Liverpool are on 24 points, eight above second-placed Manchester City having played one match more, after winning each of their first eight fixtures of the league campaign.

Brendan Rodgers' Leicester are 10 points behind in third.