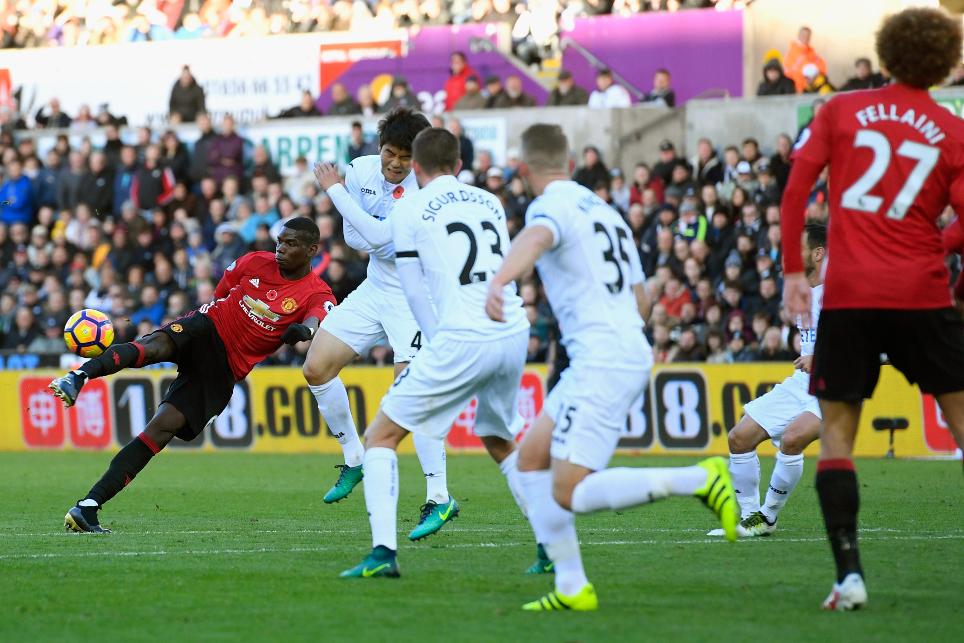 Paul Pogba put the Red Devils with a brilliant strike from outside to the box into the top corner of Lukasz Fabianski’s net after 15 minutes.

Zlatan Ibrahimovic made it 2-0 with the 25,000th goal in Premier League history, a low strike from the edge of the box, before the Swedish striker slammed in the third after Wayne Rooney’s second assist of the day, his 100th in the PL.

Mike van der Hoorn pulled a goal back with a header from Gylfi Sigurdsson’s fine free-kick on 69 minutes, but it was not enough as Man Utd moved up to sixth in the table.