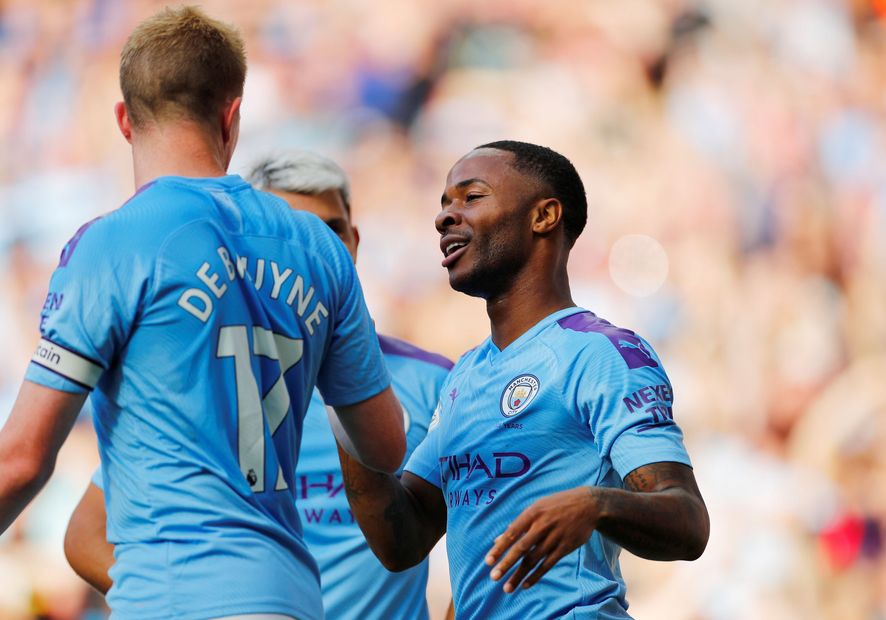 For the fourth time in six Gameweeks, Raheem Sterling (£12.1m) was the most popular captaincy choice in Fantasy Premier League, but the Manchester City winger failed to deliver for his millions of owners in Gameweek 8.

The 24-year-old had scored in his last three appearances across all competitions before City's home encounter with Wolverhampton Wanderers but managers who handed him the armband saw a return of only four points in total in the 2-0 home defeat.

Sergio Aguero (£12.2m) was a close second for the captain's armband, with more than 1.1million selecting the Argentinian, but he also blanked.

It was a similar story of frustration for the top 100 FPL managers, with the City duo the top two picks.

Teemu Pukki (£7.2m) was selected ahead of Mohamed Salah (£12.5m) in third place. However, the Norwich City striker was unable to continue his run of double-figure hauls in home matches and instead blanked for a third Gameweek in a row in the 5-1 defeat by Aston Villa.

A groin injury to Kevin De Bruyne (£10.0m) meant the Belgian missed out and FPL managers wasted no time in looking for Gameweek 8 replacements, with more than 795,000 shipping out the 28-year-old ahead of the deadline.

That made De Bruyne the most transferred-out player of the Gameweek, followed by Aaron Wan-Bissaka (£5.5m) and Todd Cantwell (£5.0m).

Three midfielders were the most popular acquisitions.

Riyad Mahrez (£8.6m) was transferred in by more than 441,00 people as FPL managers swapped one City midfielder for another.

But the Algerian failed to continue his good form of two goals and two assists from the previous two matches.

Only the Chelsea midfielder was able to reward his new managers, scoring a goal in the 4-1 win at Southampton.