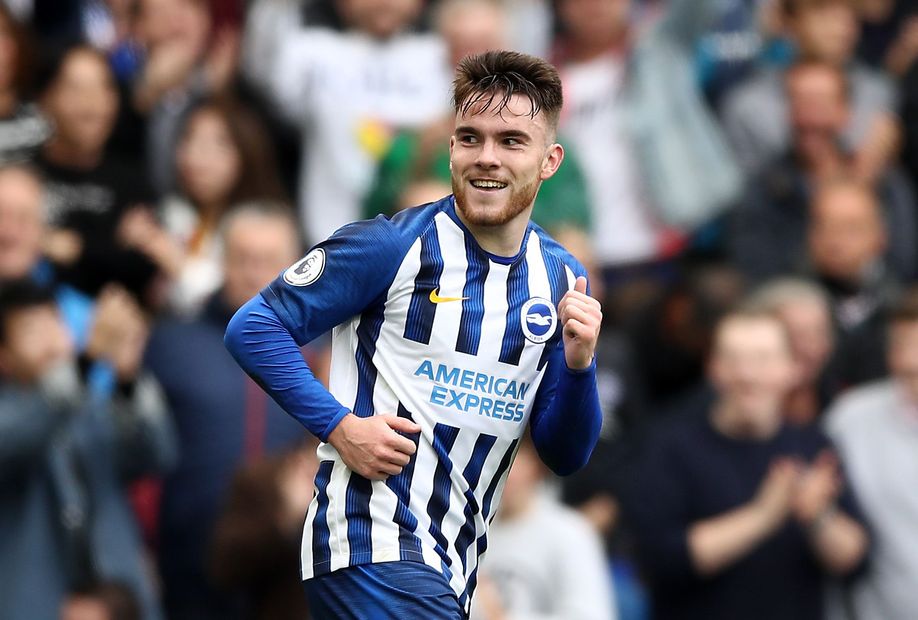 Sherwood: Connolly celebrated like it's the first of many

Aaron Connolly scored twice on his full Premier League debut as he inspired a 3-0 home victory for Brighton & Hove Albion against Tottenham Hotspur.

Neal Maupay put the Seagulls ahead in the third minute. He tapped in after a Hugo Lloris error which resulted in the goalkeeper being taken off with an injury.

Brighton doubled their advantage on 32 minutes, as 19-year-old Connolly converted after his initial effort had been saved by substitute Paulo Gazzaniga to become the club's youngest scorer in the Premier League.

In the second half, Pascal Gross was denied by the woodwork but Connolly soon extended the lead with a brilliant strike into the bottom-right corner on 65 minutes.

Victory moves Graham Potter's side up to 13th on nine points. Spurs remain without an away win since January and are in sixth place with 11 points.