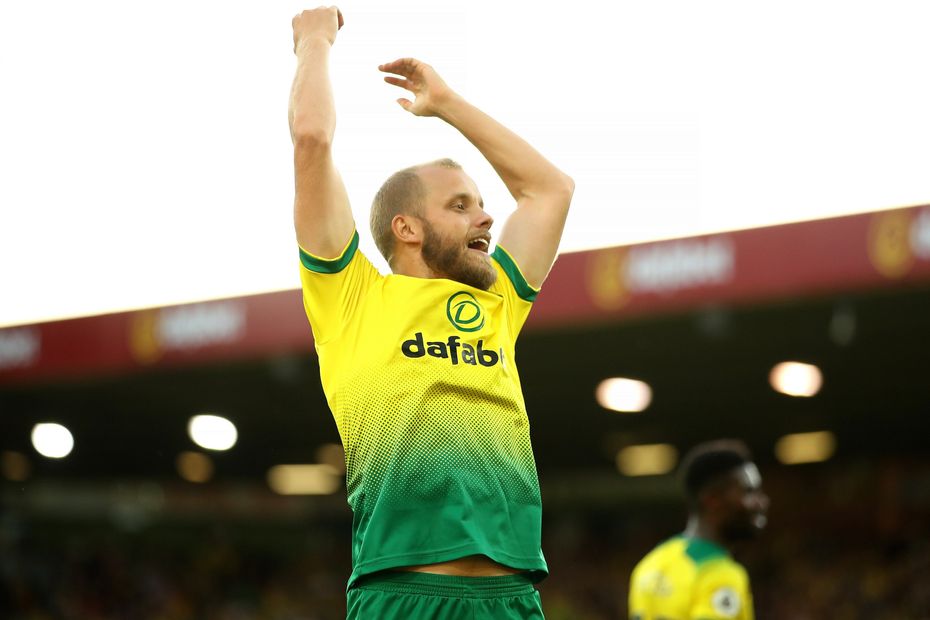 GW8 Ones to watch: Emiliano Buendia

Daniel Farke: We have to go through this together External Link
FPL GW8 Update: Have patience with Pukki?

He has yet to blank at Carrow Road in the Premier League and this weekend Teemu Pukki has the chance to join an exclusive club of just four players.

The Norwich City striker rose to the top of the scoring charts with five goals and two assists in his first three home appearances in the competition.

And having played back-to-back away matches, the Finn returns home against Aston Villa on Saturday hoping to follow Diego Costa and Co, and break a record jointly-held by Sergio Aguero.

For more on this and all the must-know stats for Matchweek 8, read on. To see the head-to-head records, click on the fixtures.

Chris Wood is looking to score in three consecutive Premier League matches for the first time since March 2018, a run which included a goal at home to Everton.

This will be Brendan Rodgers’ first return to Liverpool since leaving in October 2015. Only one manager to have previously managed the Reds in the Premier League has won away against them in the competition (W1 D3 L9), and that was Roy Hodgson in April 2012 with West Bromwich Albion.

Pukki could become the fifth player to score in his first four home appearances in the competition, after Mick Quinn, Hamilton Ricard, Rafael van der Vaart and Diego Costa. He only needs one goal or assist to match Quinn and Sergio Aguero's record of eight goal involvements in their first four home PL matches.

Sheffield United are unbeaten on the road in the Premier League this season (W1 D2). They last went undefeated in their opening four away matches in any division in 2012/13 and have not done so in the top flight for 47 years.

Since December 2018 Crystal Palace have won 25 points away from home in the Premier League. Only Manchester City (36) and Liverpool (30) have picked up more.

Pierre-Emerick Aubameyang has scored in his last six Premier League matches on a Sunday. In total 26 of his 39 goals in the competition have come on Sundays, the highest ratio on that day in PL history.

Nine of the last 14 goals scored in Premier League meetings between Man City and Wolverhampton Wanderers have been via set-pieces, with four coming from corners, three penalties and two free-kicks.

Chelsea have won nine of their 12 visits to St Mary’s Stadium against Southampton in all competitions (D2 L1), including the last four in a row.

Manchester United have won away to Newcastle United 13 times in the Premier League, only winning more at Everton (16) and Aston Villa (15).