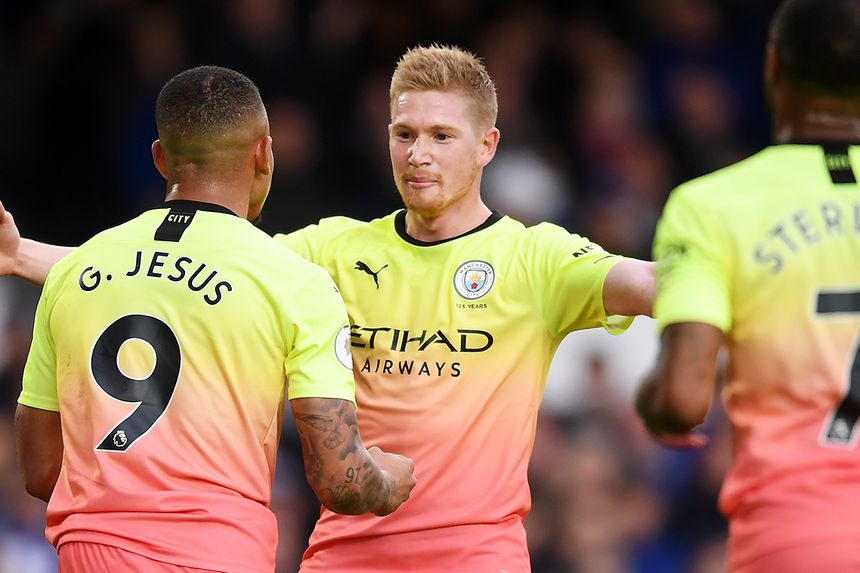 How did you do against the Fantasy Premier League experts in Gameweek 7?

But their struggles continued with a somewhat disappointing total of 44 points in Gameweek 7, slightly below the average of 51.

It is the fourth Gameweek in a row they have failed to beat the average score.

The Belgian supplied two assists and picked up a bonus point in Manchester City's 3-1 win at Everton.

De Bruyne is now the top-scoring player in FPL with a total of 63 points, after two goals and nine assists.

But the experts, and 43.7 per cent of managers, are now fearing the worst after Man City confirmed on Tuesday that De Bruyne has a groin injury that will rule him out of Tuesday's UEFA Champions League match against Dinamo Zagreb.

In the same match, Raheem Sterling (£12.1m) scored his first goal since Gameweek 3 for a welcome seven-point return.

But the experts' other new signing for Gameweek 7, Nicolas Otamendi (£5.5m), was booked and contributed a solitary point at Goodison Park.

The experts handed Mohamed Salah (£12.5m) the armband but he blanked in Liverpool's 1-0 win at Sheffield United.

This means the experts' chosen captain has failed to score or assist in four of the first seven Gameweeks.

But Salah's team-mates Virgil van Dijk (£6.5m) and Andrew Robertson (£6.9m) both claimed a clean sheet at Bramall Lane, the Dutchman adding two bonus points for a total of eight.

Their hauls made up for a lacklustre performance from the experts' three-man front line, as Teemu Pukki (£7.2m), Ashley Barnes (£6.6m) and Mason Greenwood (£4.4m) managed just five points between them.

Kristian Nagel Andersen sits in top spot for the third week in a row. He is level on points with Darren Hyett but remains first as he has made fewer transfers.

Kristian's side, "Buggebakken City", scored an above-average 53 after he brought in Fikayo Tomori (£4.6m) as Chelsea picked up their first clean sheet. Adding the centre-back was only Kristian's third transfer of the season.

Remember to select your Gameweek 8 team before Saturday’s deadline of 11:30 BST.