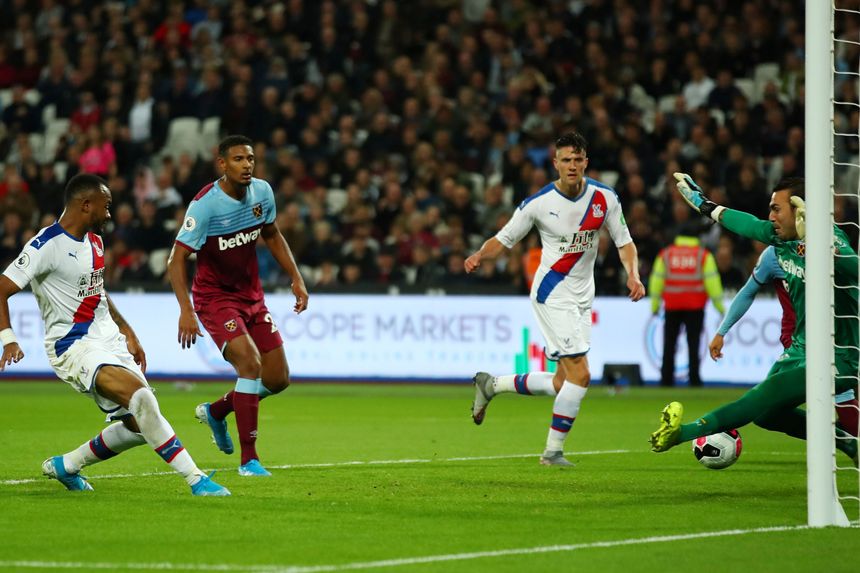 Eagles goalkeeper Vicente Guaita saved from West Ham's Sebastien Haller in the first half while at the other end, Ryan Fredericks cleared off the line to deny Jeffrey Schlupp.

The Hammers took the lead after 54 minutes, Fredericks squaring for Haller to finish past Guaita.

Ayew scored the winner in the 87th minute, firing home after Martin Kelly headed down Andros Townsend's cross. The goal was awarded by VAR after it had originally been ruled out for offside.

A fourth win of the season puts Palace in fourth with 14 points, two points ahead of West Ham, who slip to seventh.