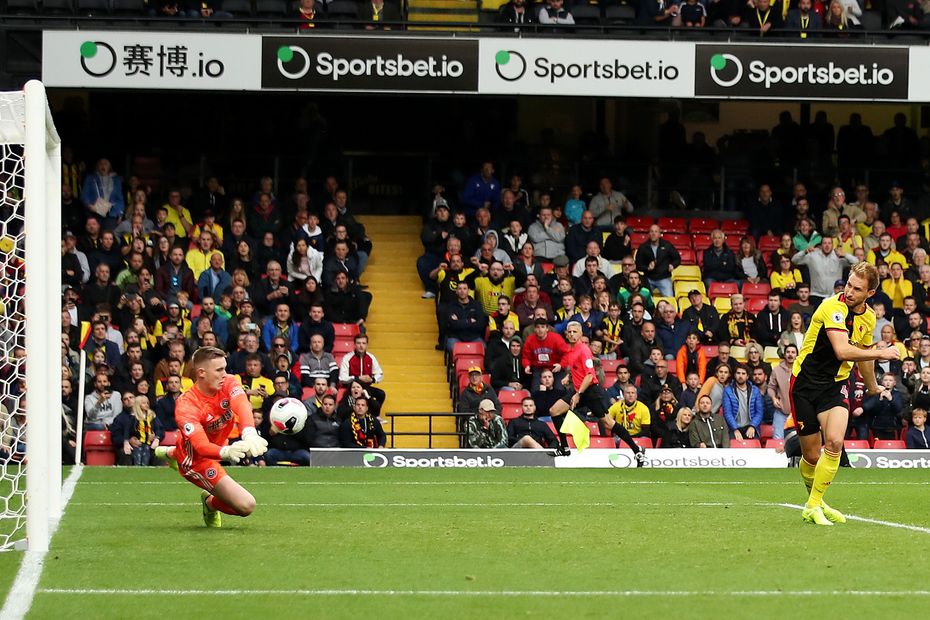 Sheffield United goalkeeper Dean Henderson was the hero as the Blades drew 0-0 at Watford to remain unbeaten away from home in the Premier League this season.

Andre Gray spurned Watford's best chance in the first half at Vicarage Road, lifting his close-range effort over the bar after a cross from Roberto Pereyra.

Four minutes into the second half, Henderson saved when Danny Welbeck was played through on goal.

And in stoppage time, Henderson made a superb stop to deny Craig Dawson who had a free header.