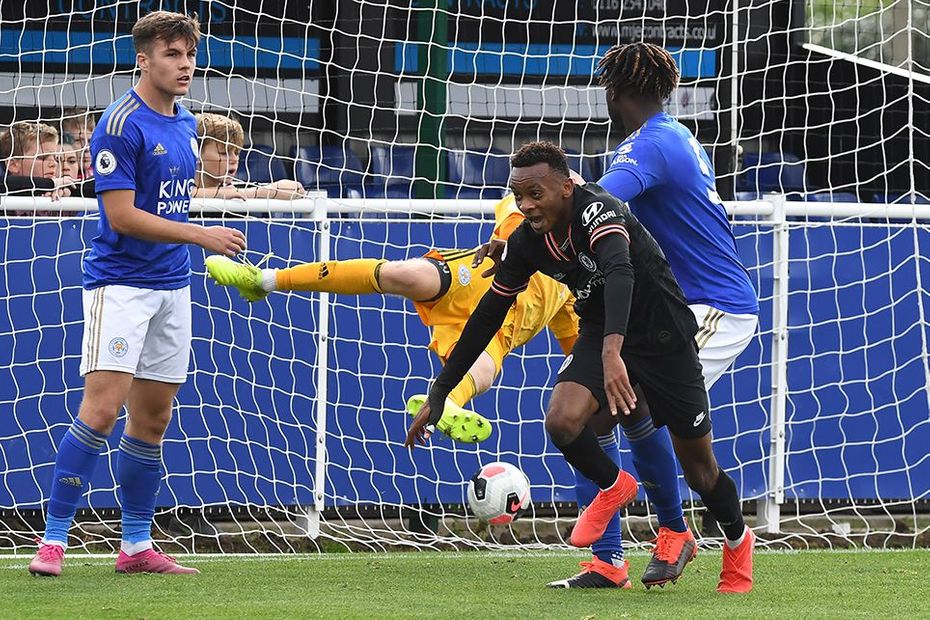 A last-gasp goal by Thierno Ballo salvaged a point and the Division 1 lead for Chelsea, who drew 2-2 with Leicester City at Holmes Park.

The Blues appeared to be heading for defeat when George Hirst struck twice to give the hosts a two-goal cushion at half-time.

The striker opened the scoring from close range in the sixth minute after a quickly taken free-kick and doubled his tally four minutes before the interval with a penalty following a foul by goalkeeper Nicolas Tie on Callum Wright.

Chelsea piled on the pressure and produced an equaliser in the fifth minute of stoppage time when Ballo headed in.

The draw keeps Chelsea two points clear of Everton and Arsenal with 15 points from seven matches.