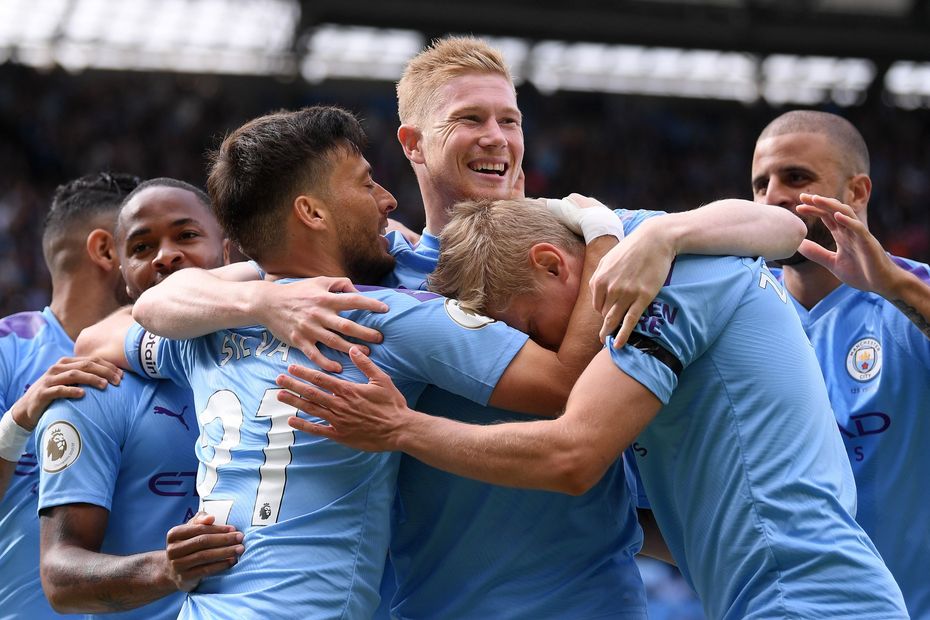 The Fantasy Premier League experts have made a double transfer for Gameweek 7.

They have made use of having two free transfers and £2.7m in the bank to add two Manchester City players to the FPL Experts Panel Team.

The experts join 281,000+ managers in signing De Bruyne, who is the highest-scoring midfielder in FPL, since the last deadline.

Otamendi comes in due to providing a secure route into the Man City defence without the injured Aymeric Laporte (£6.3m) and John Stones (£5.4m).

The Citizens have kept a joint-PL high three clean sheets this season, with their total of 36 shots conceded being fewer than any other side.

A strong upcoming schedule only adds to Man City's appeal at both ends of the pitch.

Following this weekend's trip to Everton, all four of their opponents between Gameweeks 8 and 11 score only two in the Fixture Difficulty Ratings.

Fraser has dropped in price by £0.3m on the back of only one goal and an assist for AFC Bournemouth.

Zinchenko's place in the Man City defence is no longer guaranteed following the return to fitness of Benjamin Mendy (£5.9m). The Ukrainian was rested against Watford with Mendy handed his first start of 2019/20.

Mohamed Salah (£12.5m) is selected as the experts' captain for Gameweek 7 as Liverpool travel to Sheffield United. The Egyptian has blanked only once in the first six Gameweeks, scoring four goals and supplying three assists.

Raheem Sterling (£12.1m) travels to Everton as the vice-captain. Sterling was an unused substitute last weekend and the last time he was rested, in Gameweek 32 last season, he scored two goals on his return to the starting XI.

Holly Shand (@FFCommunity_): Fraser and Zinchenko have become big rotation risks so it makes sense to bring on board some form players from Man City. De Bruyne has delivered in every game he's started and Otamendi is the safest route into their defence.

Ash (@FPLHints): The panel team has taken a battering of late. We may have been late to the party on De Bruyne and Otamendi but we hope they can improve our ranking of 1,467,902.

Sam Bonfield (@FPLFamily): We've wanted to swap Fraser for De Bruyne for a few weeks but it wasn't possible because of budget. Having saved some money with previous transfers we can now capitalise on De Bruyne's form coming in to a nice run of fixtures. Otamendi offers an additional attacking threat, as shown by his 15-point haul last weekend.

Neal Thurman (@nealjthurman): It's hard not to have De Bruyne in any Fantasy side at this point and moving on from Fraser, who has shockingly started on the bench in AFC Bournemouth's past two matches, is the obvious move.

Ben McNair (@drbenmcnair): De Bruyne is in player-of-the-season form and Otamendi is a guaranteed starter, for at least a few weeks, in what has been statistically the best defence in the league for the past couple of seasons.

Remember to select your Gameweek 7 team before Saturday's deadline of 11:30 BST