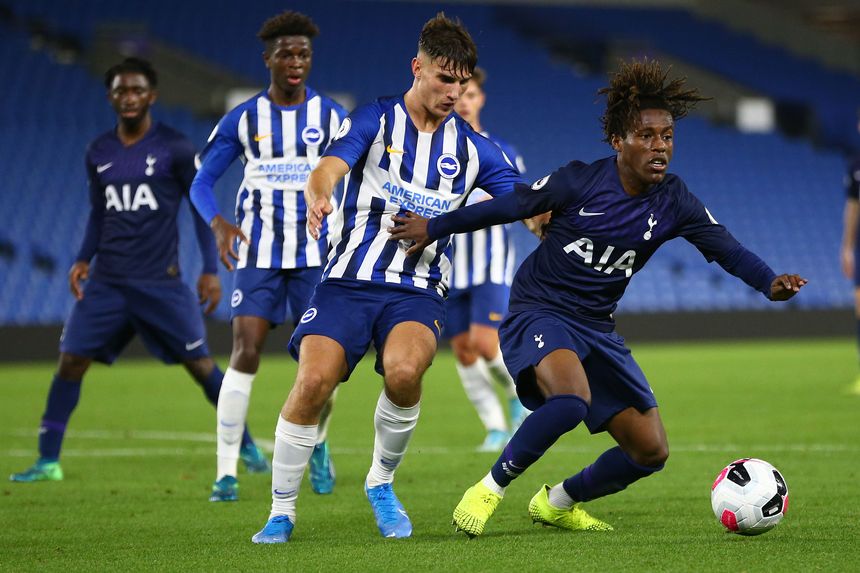 Midfielder Longman also got an assist at Amex Stadium with Danny Cashman directly involved in three goals, too.

Visitors Spurs had gone in front through Rodel Richards but Longman's deflected strike made it 1-1 at the break.

The Seagulls netted three times without reply in the second half as Cashman and substitute Lorent Tolaj scored either side of Longman's thunderous second goal.

Brighton end a three-match losing run and move up to fifth, a point and place above Spurs.