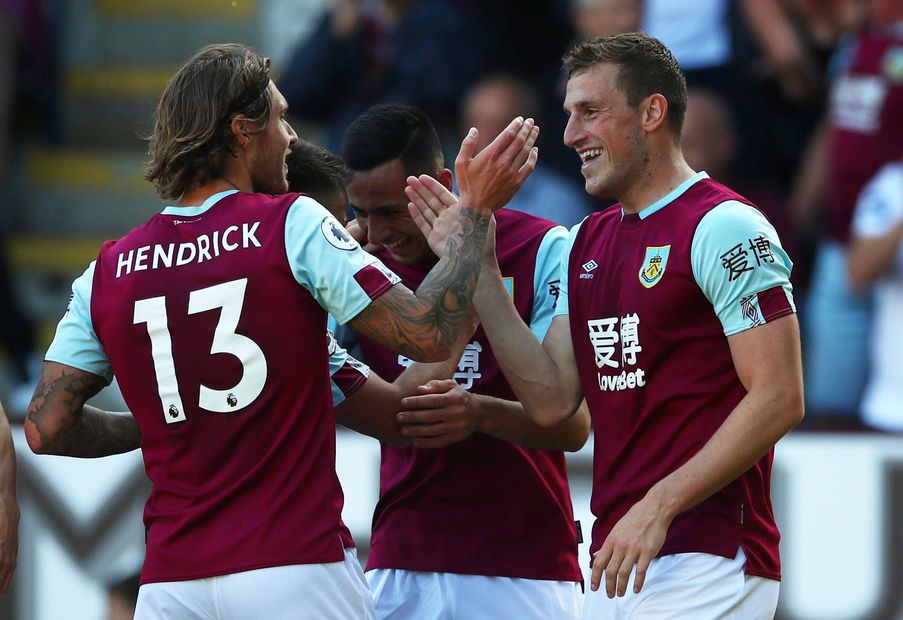 After drawing blanks in each of the opening five Gameweeks, Chris Wood (£6.2m) was largely ignored by Fantasy Premier League managers for Burnley's home match with Norwich City.

The Clarets’ forward was selected in fewer than 1.0 per cent of squads compared with the 9.4 per cent of team-mate Ashley Barnes (£6.7m).

But it was Wood who scored both Burnley’s goals in a 2-0 victory.

That earns the New Zealander a place in a Dream Team who produced 146 points in Gameweek 6.

The AFC Bournemouth goalkeeper had a major impact at both ends of the pitch against Southampton. Ramsdale made six saves and supplied an assist in the Cherries' 3-1 win on Friday evening.

Manchester City's centre-back produced a goal and an assist alongside his clean sheet in an 8-0 home victory over Watford.

West Ham United's left-back made the most of his first start since Gameweek 1. Deputising for the suspended Arthur Masuaku (£4.5m) against Manchester United, Cresswell scored a free-kick to put the seal on a 2-0 home success.

An assist and clean sheet against Everton took him to the top of the FPL defender standings on 32 points. Playing as a midfielder for Sheffield United, Lundstram has returned 7.4 points per million and is the top-value player in the game.

The defender scored Leicester City's first goal in their 2-1 comeback win over Tottenham Hotspur. Pereira has returned 20 points in his three home matches.

A hat-trick at home to the Hornets helped him to 19 points, the highest score in Gameweek 6. Bernardo has four goals and an assist in Man City's last three matches.

The top-scoring midfielder in FPL, De Bruyne delivered a goal and two assists against Watford. He has recorded a double-digit haul in all three of his home outings this season, earning a place in the Dream Team.

An explosive differential, Mahrez is owned by just 2.8 per cent of managers. He scored once and supplied two assists against the Hornets in his third start of the season.

The Ukrainian scored West Ham’s opener in their 2-0 win over Man Utd. Yarmolenko has netted in both his two home matches since returning from injury.

The playmaker continued his strong start to 2019/20 with a goal and an assist against Watford. Silva has returned three double-figure hauls in the last four Gameweeks.