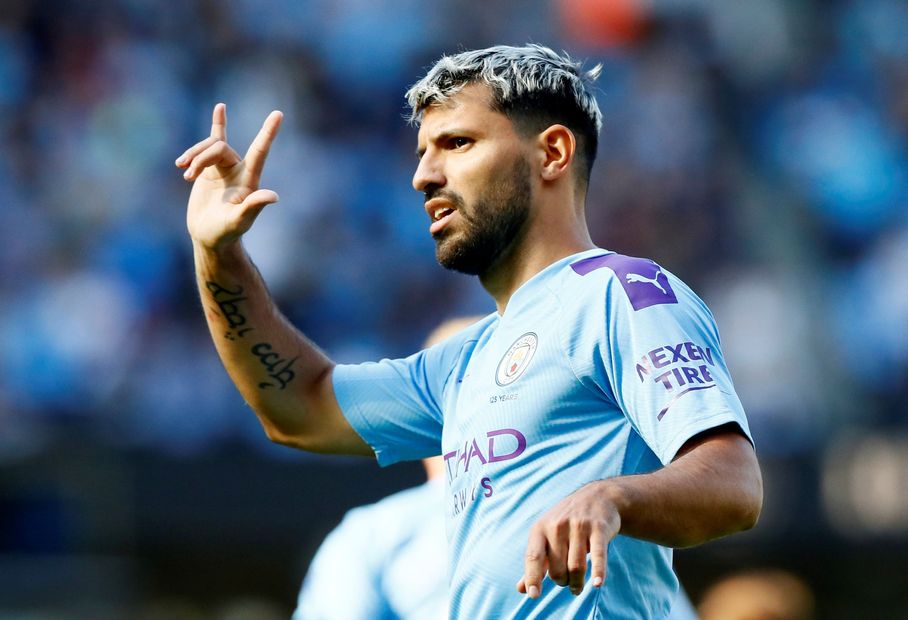 With his penalty in Manchester City's 8-0 win over Watford on Saturday, Sergio Aguero set one Premier League goal record but if he is to claim another he must find a way past opponents he has traditionally struggled against.

Aguero became the first player to score in each of a club's first six matches of a season, overtaking the run of five shared by Arsenal's Jose Antonio Reyes, in 2004/05, and Wayne Rooney, for Manchester United in 2011/12.

He was also the first since Romelu Lukaku to score in seven consecutive Premier League appearances, a run which finished in December 2015.

Aguero may have one eye on Jamie Vardy's competition record of finding the net in 11 successive matches between August and November of Leicester City's title-winning 2015/16 season.

But first he must beat opponents whom he has struggled against.

First up on Saturday are Everton. Aguero has only two goals in 13 matches against the Toffees, his worst scoring ratio versus opponents he has faced more than once.

Next are a Crystal Palace side Aguero has only three goals against from nine fixtures, followed by Wolverhampton Wanderers (one goal from four matches) and Southampton (four goals from 11 matches).

Aguero's overall scoring rate in the PL is a goal every 1.42 matches. But against Man City's next four opponents it drops to every 3.36 matches.

But while the Argentinian has a way to go to better Vardy, it looks to be only a matter of time before he moves ahead of two Premier League goalscoring legends.

Aguero's penalty was his 100th goal scored at the Etihad Stadium in the Premier League, making him one of only three players in the competition's history to hit a century of goals at a single venue.

He could overtake Rooney's 101 at Old Trafford in Man City's next home match, against Wolves on 6 October.

Thierry Henry scored a record total of 114 goals at Highbury and he is also narrowly ahead of Aguero as the highest-scoring non-English player in Premier League history.

Aguero is on 172 Premier League goals, three behind the Frenchman's total of 175.