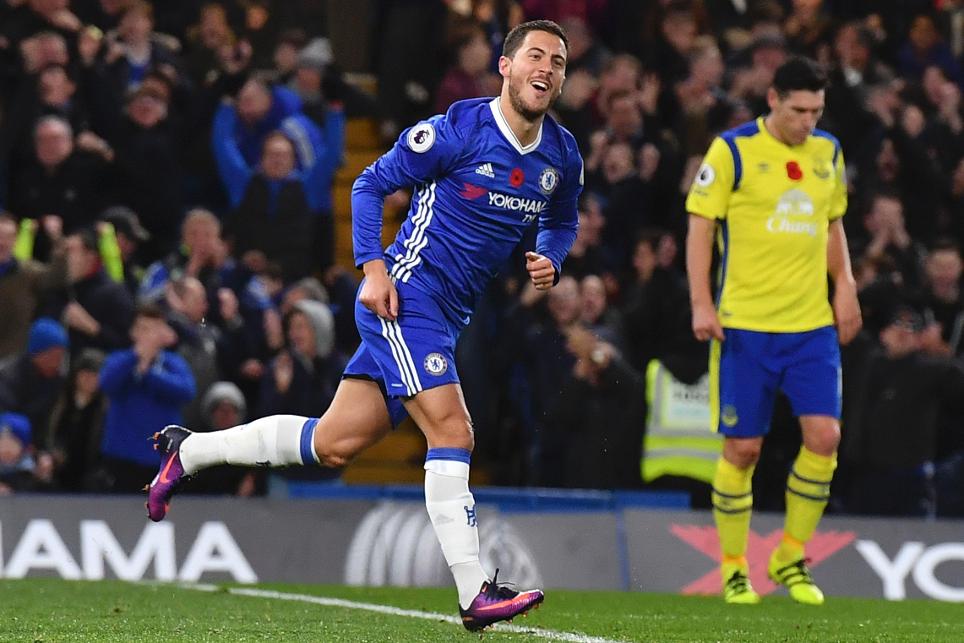 Chelsea: The week that was External Link

Chelsea returned to the top of the Premier League thanks to an emphatic victory over Everton.

Eden Hazard gave a masterful performance marked by a goal in each half as Antonio Conte’s side registered their fifth successive top-flight win with five unanswered goals.

Hazard broke the deadlock in the 19th minute when he cut inside from the left to drive a shot past Maarten Stekelenburg and within a minute Marcos Alonso arrived unmarked in the area to convert Pedro’s right-wing cross.

Diego Costa made it 3-0 three minutes before half-time from a corner, before Hazard produced the goal of the match on 56 minutes, exchanging flicks with Pedro on the right before ghosting inside to beat Stekelenburg at his near post.

Pedro completed the scoring for an exhillerating triumph that takes Chelsea a point clear at the top ahead of Sunday’s matches.