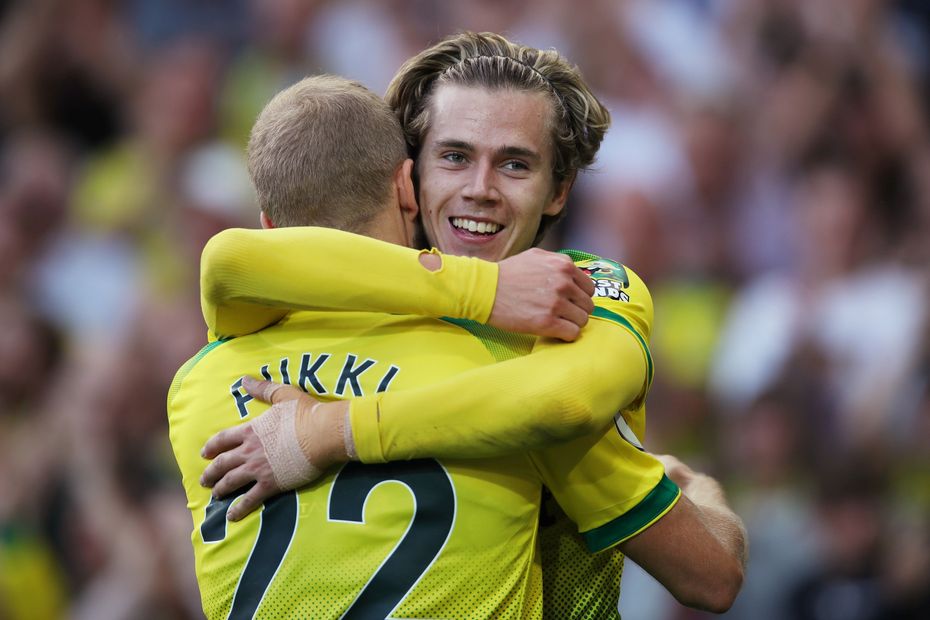 The Fantasy Premier League experts make their fourth transfer of the season for the FPL Experts Panel Team in Gameweek 6.

Todd Cantwell (£4.9m) joins the side after impressing with two goals and two assists in the opening five Gameweeks for Norwich City.

The 21-year-old is the top-ranked midfielder in terms of value, returning 5.5 points per million (ppm).

And a strong upcoming schedule only adds to his appeal, with five of the Canaries' next seven opponents scoring only two in the Fixture Difficulty Ratings.

Having found the net against Manchester City last weekend, Cantwell has earned over 333,000 transfers in for Norwich's trip to Burnley.

The experts have lost patience with Anthony Martial (£7.6m), who has missed the last two matches with a thigh injury and remains a doubt for Manchester United's trip to West Ham United.

Swapping out Martial for Cantwell means the experts have £2.7m in the bank for future purchases.

They also rolled their second free transfer and will have two free swaps available, putting them in a strong position to make changes in Gameweek 7.

Despite suffering back-to-back blanks, Raheem Sterling (£12.3m) is again given the captain's armband for Manchester City's home meeting with Watford. No player has recorded more shots in the box than the 16 of Sterling.

He has five goals and an assist in his last two meetings with the Hornets in all competitions.

Mohamed Salah (£12.5m) is handed the vice-captaincy for Liverpool's trip to Chelsea. Like Watford, the Blues have yet to keep a clean sheet in 2019/20.

Holly Shand (@FFCommunity_): Martial is still flagged so it's an easy transfer out. With Mason Mount (£6.5m) and Daniel James (£6.2m) also doubts, a move down to Cantwell is wise. He's got the form and fixtures, plus it puts much-needed funds back in the bank for other moves next time.

Ash (@FPLHints): Cantwell has offered exceptional value for money. His points-per-million rating cannot be ignored. Playing in an advanced role, right now I favour him more than almost all other midfielders valued between £5.0m and £6.5m.

Sam Bonfield (@FPLFamily): Cantwell's goals against Man City and Chelsea only make him even more of an excellent pick. His price will also allow us the budget to look towards other key players such as Kevin De Bruyne (£9.8m) or Tammy Abraham (£7.3m) next week.

Chuck Booth (@ChuckBoothSport): Cantwell is a man on fire and he's in a different stratosphere than others in his price range. Downgrading from Martial and getting rid of Man Utd attackers is a good move considering how inconsistent they have been and the extra funds can be used for line-up flexibility in the future.

Register your team before Friday's Gameweek 6 deadline of 19:00 BST