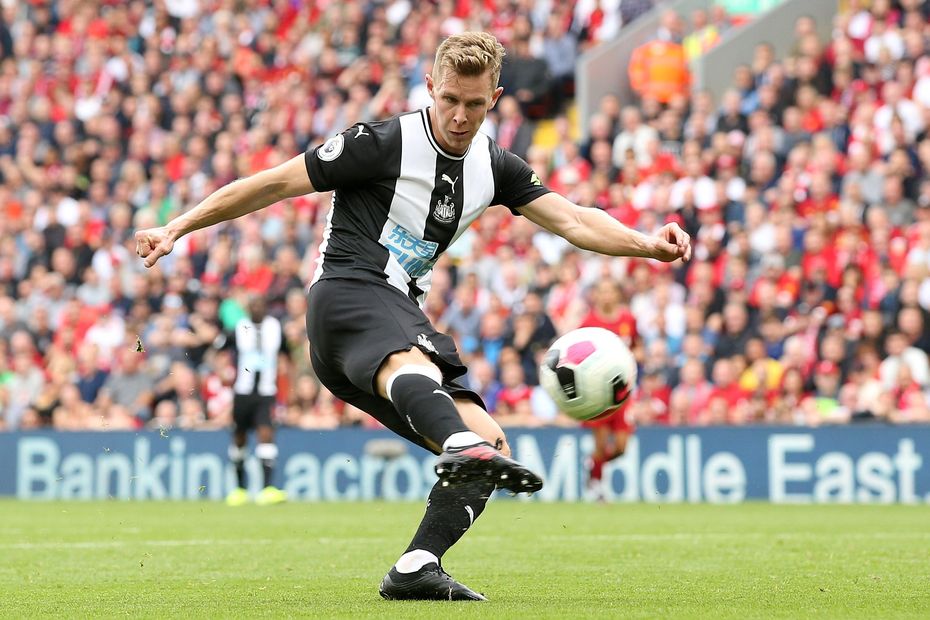 Back in Tyne: Five wonderful wins against Brighton External Link

The injuries have been coming fast and furious, leaving Fantasy Premier League Draft managers wondering how to cope with their current squads.

Players such as Alexandre Lacazette, Aymeric Laporte, Anthony Martial and Paul Pogba have all been in the treatment room, and the likes of Daniel James and Mason Mount are now doubts.

It's enough to have Draft managers starting to contemplate dropping some big-name players rather than facing some inevitable zeroes in the short-term while waiting for a number of minor injuries to play out.

Each situation is different so there's no blanket advice I can give on this front.

What I can do, as always, is suggest waiver priorities for those in the market to make a move for Gameweek 6.

Gunn and Vicente Guaita may well be available in eight-team leagues and are both solid choices for Gameweek 6. If you're looking for a longer-term hold then I'd prioritise Gunn. If you need a shorter-term solution for the next three weeks or so, maybe until Alisson comes back, then Guaita has a more favourable schedule up until the first week of October.

Newcastle United have a solid home match against Brighton & Hove Albion and two new wing-backs who could offer short-term value. Jetro Willems had the highlight-reel goal last weekend but I'd actually favour Krafth. Based on my watching of the match last weekend, Krafth tends to get into the attack more regularly, even if it hasn't paid off yet.

If you're wondering why I'm not in on Manchester City's Joao Cancelo, I just don't think he's going to get a run. I suspect Fernandinho will partner Nicolas Otamendi and Kyle Walker will stay where he is at right-back. If you're looking for a home run rather than a short-term filler, though, Cancelo is the gamble to take.

It's hard to like the match-up this week for Chelsea, with Liverpool coming to Stamford Bridge. But the Blues have been scoring and, with Mount doubtful, Barkley could start. Liverpool haven't exactly been airtight at the back so unless you're diving in on someone like Solly March as a steady option at the back of your bench, Barkley has the most immediate upside.

Maybe this will be Deulofeu's breakthrough weekend. There's certainly no guarantee that he's available in your league but the hope is that someone got fed up with his lack of output and dropped him before Arsenal gifted him a productive Fantasy day last weekend. Neal Maupay, Wesley and Dominic Calvert-Lewin are other options to consider if Deulofeu isn't available.