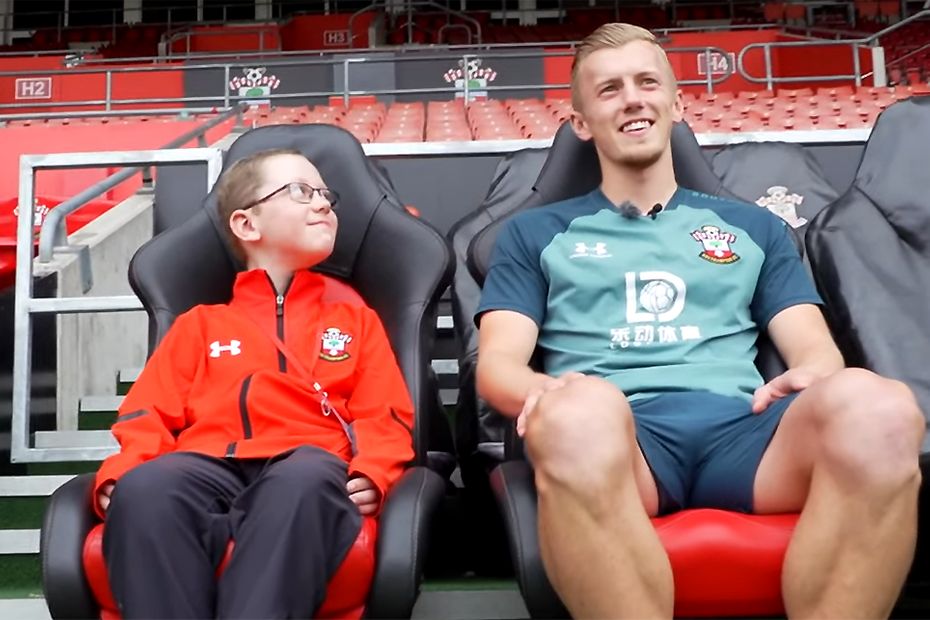 Southampton midfielder gave St Mary's tour for one of his biggest fans, who was recently given all-clear from cancer

Leon was being treated for lymphoma cancer and Ward-Prowse promised that when he felt better, he could have a behind-the-scenes visit to St Mary's Stadium.

And when the youngster was recently given the all-clear, Ward-Prowse was good to his word and became a tour guide on a very special day.

Leon was taken around the home dressing room, meeting some of the first-team squad, before having a kickabout with his hero on the St Mary's pitch.