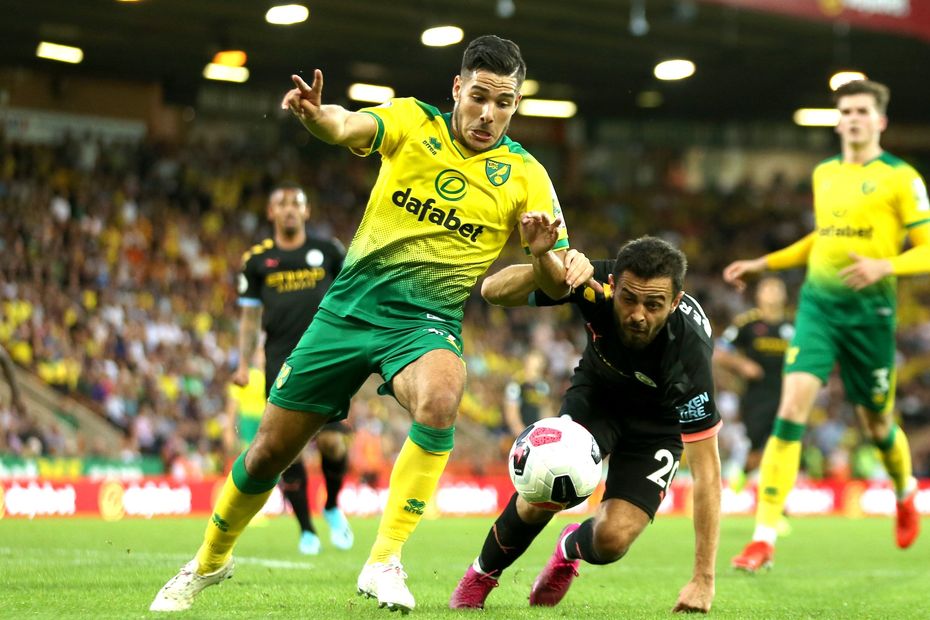 Kenny McLean: We always believed we could beat Man City External Link
What we learned in Matchweek 5

Buendia assisted two of Norwich's three goals in the 3-2 win and the Argentinian playmaker did not stop there.

He made nine recoveries and four tackles in a brilliant individual display that gives him a place in the Premier League Champion's team of best Matchweek 5 performers.

"Buendia did it all against the reigning champions," says the competition's all-time leading scorer. "He got two assists and was absolutely everywhere."

It's that time again @AlanShearer picks his #PL Team of the Week... thoughts? pic.twitter.com/9tAqidwpVF

Offered so much going forward, grabbing an assist and forcing an own goal.

Didn’t give Jamie Vardy a kick. He was dominant against his former club.

Solid defensively and a passing masterclass from the Belgian.

A brilliant defensive display against both Raheem Sterling and Bernardo Silva.

More touches than anyone on the pitch. My Southampton man of the match.

Did it all against the reigning champions. He got two assists and was absolutely everywhere.

Scored two goals and his electric movement was too good for Crystal Palace.

Had to be in the team after an outrageous performance. No goals but it was PlayStation stuff at times.

A game-changing performance once again. He's so important to Liverpool.

Not afraid to take the game to the champions. His bravery was fully rewarded.