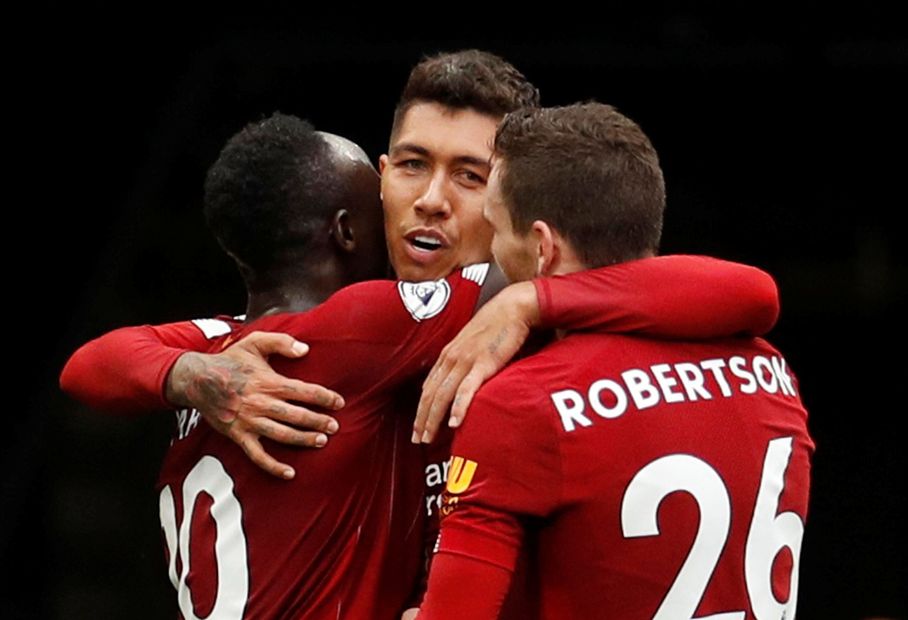 Liverpool went ahead after 14 minutes from a cleverly-worked free-kick, Mohamed Salah back-heeling the ball to Alexander-Arnold who fired into the top corner.

Chelsea thought they had equalised through Cesar Azpilicueta, but the goal was overturned by VAR after Mason Mount was adjudged to be offside during the build-up.

It was 2-0 moments later, Firmino heading in Andrew Robertson’s cross.

Chelsea pulled a goal back on 71 minutes after N’Golo Kante worked some space and found the top corner from just outside the penalty area, but Liverpool held on to maintain their 100 per cent record.