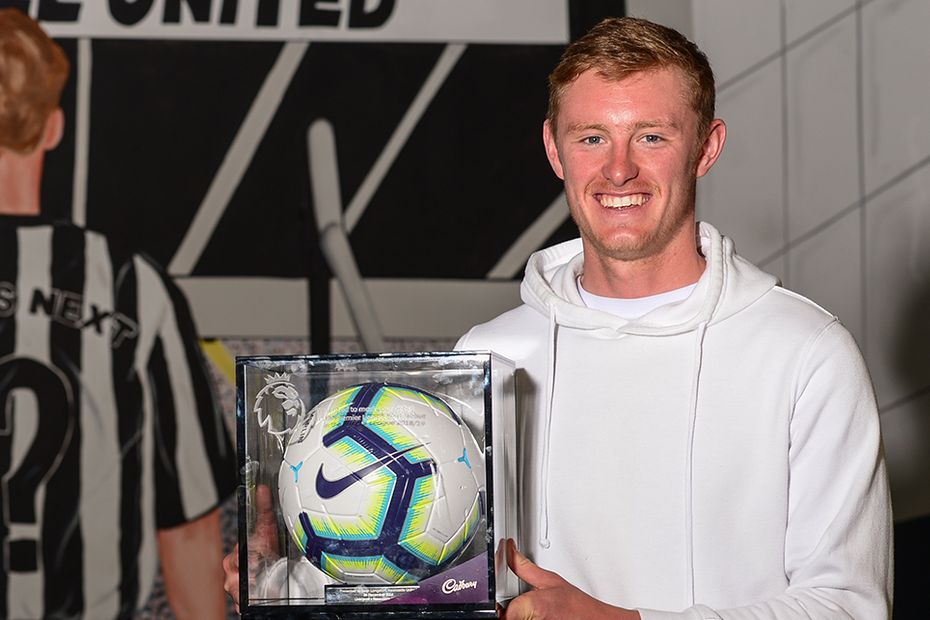 Newcastle United's trip to Liverpool on Saturday will bring back special memories for Sean Longstaff.

The midfielder made his Premier League debut in this fixture last season, coming on for Kenedy in the Boxing Day match.

Despite Newcastle suffering a 4-0 defeat, Longstaff treasures his memories of the Anfield match.

"I just remember turning up at Anfield and thinking, 'This is unbelievable'," Longstaff told NUFC TV. "It's one of the world's most iconic stadiums."

Longstaff recalled the match after receiving his Premier League Debut Ball, which commemorates the first Premier League appearance made by homegrown players.

Born in nearby North Shields, Longstaff is a product of the Newcastle Academy and has now made 13 Premier League appearances.

His contribution was cut short by an injury suffered in March during his breakthrough campaign, but this season he has so far been a PL ever-present.

The 21-year-old came through Academy with his younger brother, Matty Longstaff and the pair played together in July's Premier League Asia Trophy.

"They went down to the game and couldn't get in, they said I hadn't left them any tickets," Sean explained. "My Dad was like, 'He has left the tickets, we need to find them, I've got a feeling he's going to get on today.' "

Eventually, they were able to get in and see Sean make his bow. They will all be hoping this weekend's fixture will be more positive for Newcastle.