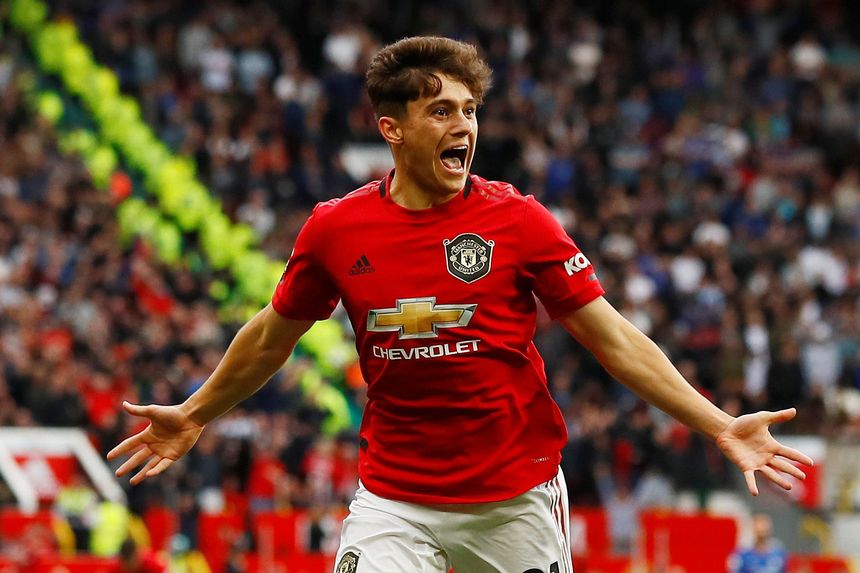 After scoring in his first two appearances at Old Trafford, Daniel James has the chance to extend his dream start in the Premier League and follow in the footsteps of his own manager.

Manchester United's Player of the Month struck in three of his four August matches, two of which were at home, to Chelsea and Crystal Palace.

It means he will face Leicester City on Saturday looking to become only the second United player to score in his first three Premier League appearances at Old Trafford, and the first since Ole Gunnar Solskjaer 23 years ago.

They each opened their Old Trafford accounts as quick-firing substitutes. James took just seven minutes to score against Chelsea, only 60 seconds longer than Solskjaer needed to get off the mark against Blackburn Rovers back in 1996.

Solskjaer next scored the opening goal in a 4-1 home win against Nottingham Forest, on 14 September of that year, before netting both goals in a 2-0 win over Tottenham Hotspur.

James followed up his debut goal with an 89th-minute equaliser in their next home match against Palace on Matchweek 3 and Solskjaer will surely be only too happy to see his record matched by the Welshman this weekend, even if he joked otherwise in his pre-match press conference.