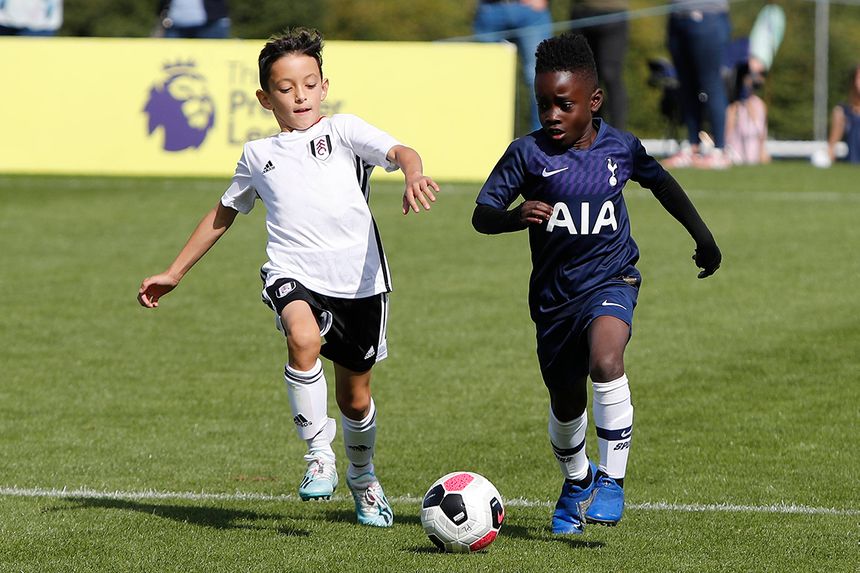 Fifty Under-9 teams from all 20 Premier League clubs plus a further nine Category One Academies met at Loughborough University Stadium on Sunday 8 September.

But as well a chance to face each other representing their clubs, they also took part in activities off the pitch in a fun and friendly environment.

After staying overnight with their team-mates in a hotel, at this year's Welcome Festival the players were greeted by an introduction from the Premier League's Head of Youth, Neil Saunders, inspirational lyrics from poet Dreadlock Alien and they got to see the Premier League Trophy.

Author Dan Freedman was also in attendance as players and their parents were given an insight into Premier League Primary Stars and other educational programmes on offer at Academies in literacy and education activity tents.

There was also a race between all the club mascots, face painting, football darts and a wide range of other games for the players and their families to enjoy.

The whole occasion gave the players, their parents and guardians an insight into what to expect from the Premier League Games Programme.

"It's about giving them the skills in life that are going to make them not only better players, but better human beings as well."