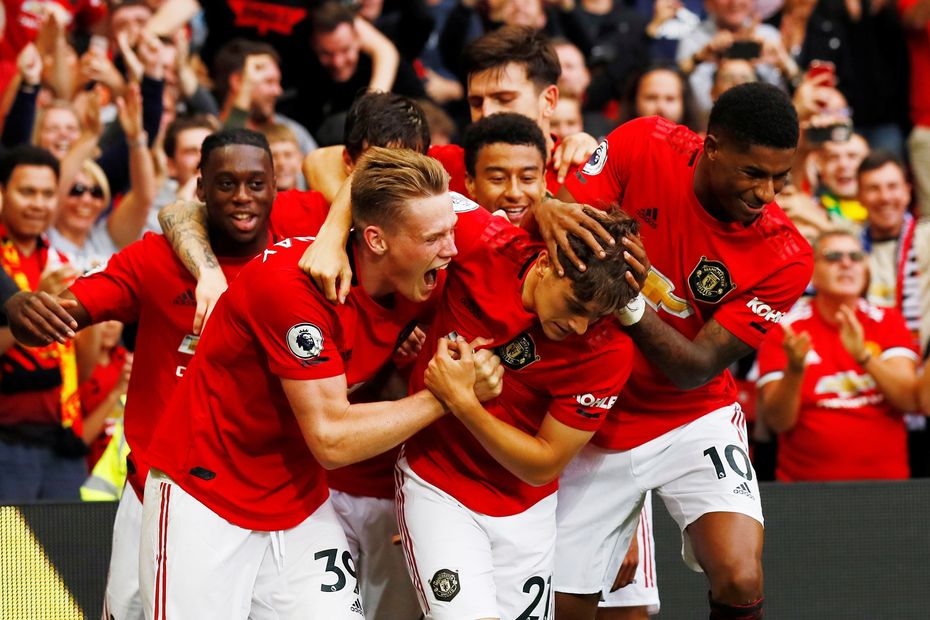 Average age of starting XIs is the lowest for 11 years, with Man Utd leading the way

The Premier League this season seems to be a young man’s game, the latest data shows, with the average age of the starting XIs in 2019/20 at their lowest level for 11 years.

It is still early on in the season, but in the 40 Premier League matches so far clubs have fielded players from the start with an average age of 26 years and 275 days.

This is the second-youngest average age ever for starting XIs compared with those in the month of August in past Premier League seasons.

More than 10 per cent of the minutes played in the 2019/20 Premier League have been by players aged 21 or under. That is also a high in the last 10 years.

Leading the way in investing his faith in youth is Ole Gunnar Solskjaer. The Manchester United manager’s starting XIs have averaged under 25 years in age this season.

The arrival of players such as Aaron Wan-Bissaka (aged 21), Daniel James (21) alongside Academy graduates including Marcus Rashford (21), Scott McTominay (22) and Andreas Pereira (23) have lowered the average age.

The XI who drew 1-1 at Wolverhampton Wanderers in Matchweek 2 averaged 24 years and 173 days and was United’s youngest in the competition since the final day of the 2016/17 campaign.

Southampton are next in the rankings, having named the youngest starting XI this season.

The Saints side who won 2-0 at Brighton & Hove Albion in Matchweek 3 had an average age of 24 years and 128 days, helped by 20-year-old full-backs in Yan Valery and Kevin Danso, and 21-year-old scorer Moussa Djenepo.

Daniel Farke has continued his trust in the young Norwich City players who got the team promoted from the Championship last season, naming sides who average just 25 years and 68 days.

Chelsea are fourth in the rankings thanks to Frank Lampard putting faith in youth products of the Academy. The average age of the head coach’s starting XI against Sheffield United, at 24 years and 158 days, was the Blues' youngest in a Premier League match.

The rise of players such as Mason Mount (20) and Tammy Abraham (21) from the Academy and Christian Pulisic (20) has given Lampard the chance to field such a young team.