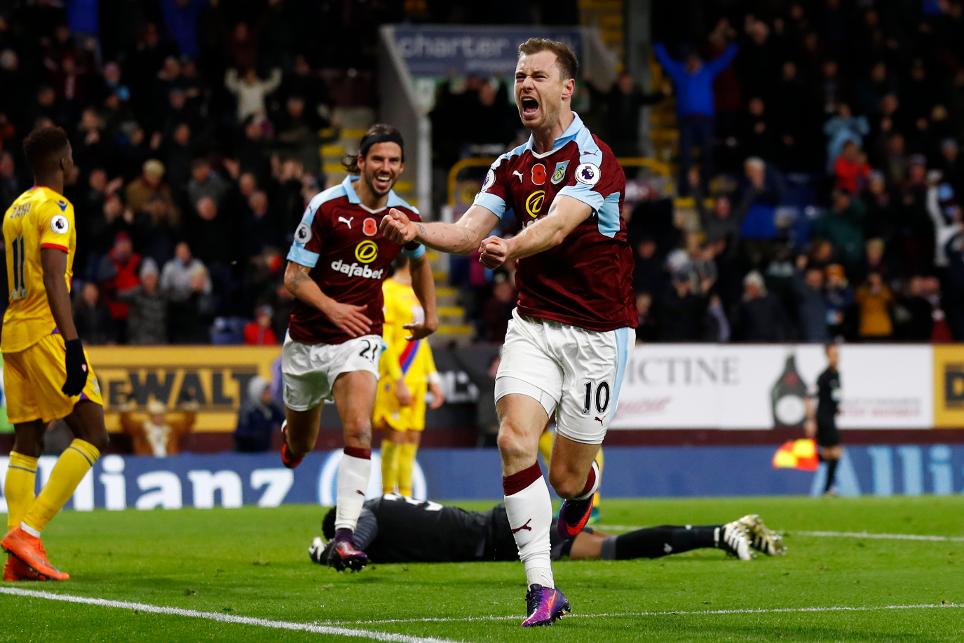 Palace thought they had earned a point after battling back from 2-0 down in the second half.

Sam Vokes opened the scoring in the second minute before Johann Berg Gudmundsson’s first PL goal made it 2-0 shortly after.

But having beaten Everton with a stoppage-time winner in their last home match, Burnley struck late again as Barnes finished off a counter-attack.