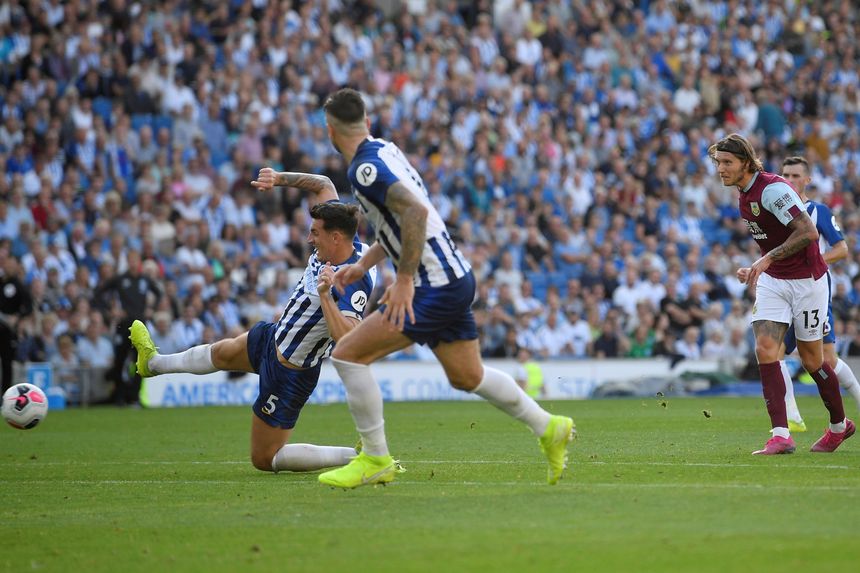 The visitors had the better of the first-half chances and came close through Dwight McNeil, while Nick Pope did well to deny Solly March at the other end.

The hosts took the lead six minutes after the break, Neal Maupay volleying in from a March cross for his second goal of the season.

But Burnley turned up the pressure and were rewarded with a late leveller when Hendrick fired into the bottom corner from the edge of the box.

Brighton climb to 15th, level with Burnley on five points, although the Clarets are two places higher on goal difference.