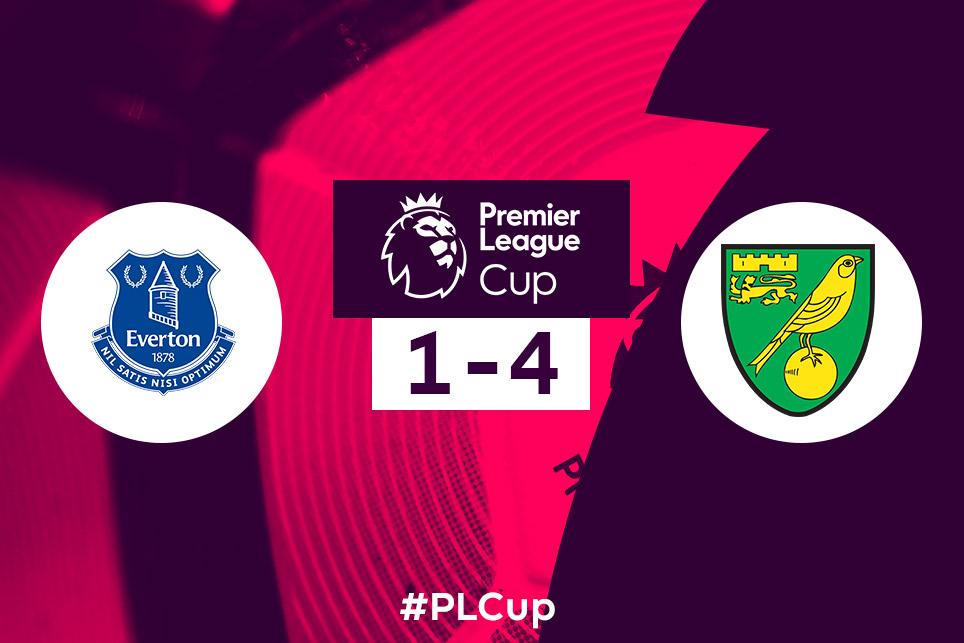 The Canaries, bottom of PL2 Division 2, took a first-half lead against Division 1's second-placed side through Louis McIntosh and added two more goals after the break from Diallang Jaiyesimi and Glenn Middleton.

The Toffees' David Henen was then sent off and Calum Dyson then gave Everton hope with a goal before Todd Cantwell hit Norwich's fourth.

Our youngsters won 4-1 at Goodison Park in the Premier League Cup tonight! #ncfc

The next match in the group sees Portsmouth entertain Wolverhampton Wanderers on Monday 14 November, before Wolves host Norwich on Friday 2 December and then Everton are at home to Pompey on Monday 5 December.