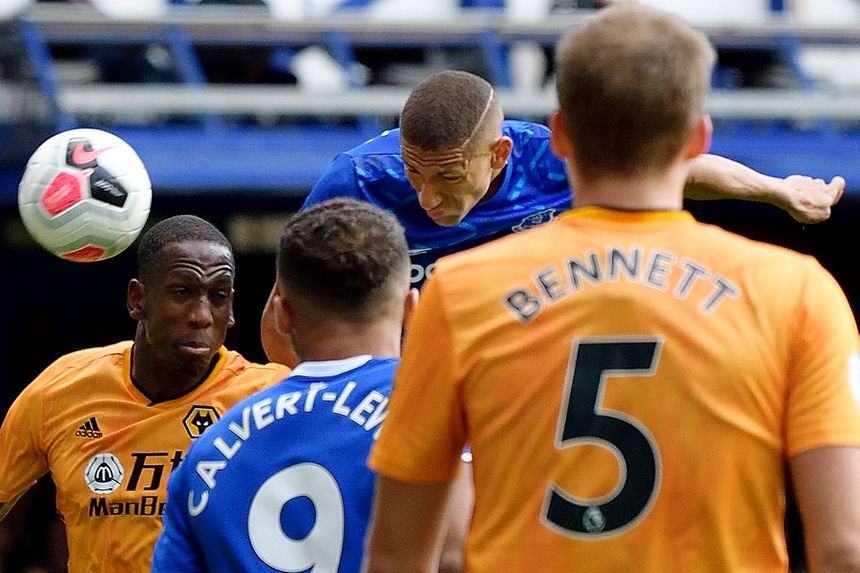 After a slow start to 2019/20, many Fantasy Premier League managers had given up on Richarlison (£7.9m).

The Everton attacker had earned over 290,000 sales after failing to score in the first three Gameweeks.

But he rewarded his remaining 6.2 per cent owners with two goals and 15 FPL points in a 3-2 home win over Wolverhampton Wanderers.

That helped Richarlison claim a place in a Dream Team that produced 137 points in Gameweek 4.

His three saves helped West Ham United to their first clean sheet of the campaign, a 2-0 win over Norwich City.

Another impressive performer for West Ham, the left-back supplied an assist and also claimed the maximum three bonus points against the Canaries.

His headed equaliser helped Southampton to a 1-1 home draw with Manchester United and earned the centre-back maximum bonus points. Vestergaard has made two appearances in the Dream Team this term, more than any other defender.

The Liverpool right-back's assist at Burnley was his third in the first four Gameweeks. Alexander-Arnold also rewarded his 24.7 per cent owners with his first clean sheet of 2019/20.

A major armband differential, only 3,977 managers captained the Everton attacker for his home encounter with Wolves.

The Manchester City playmaker produced a goal and an assist in their 4-0 win over Brighton & Hove Albion. De Bruyne has 24 FPL points in his first two home matches of the season.

Leicester City's midfielder was a key figure in their 3-1 home win over AFC Bournemouth. Tielemans earned his first returns of 2019/20, thanks to a goal, an assist and two bonus points.

A role up front for Sheffield United continues to boost Robinson's prospects. Listed as a midfielder in FPL, his goal and assist inspired their comeback draw away to Chelsea.

The Foxes forward matched Aguero's output to guide his side to back-to-back victories. Vardy has produced 24 of his 28 points in the last two Gameweeks.

The top-scoring player in FPL, Aguero fired two goals and also supplied an assist against Brighton. He is the only player to score in each of the first four Gameweeks.

The most-bought player in the Gameweek, with over 257,000 new owners. Abraham has scored twice in each of Chelsea's last two matches, claiming a place in the Dream Team on both occasions.