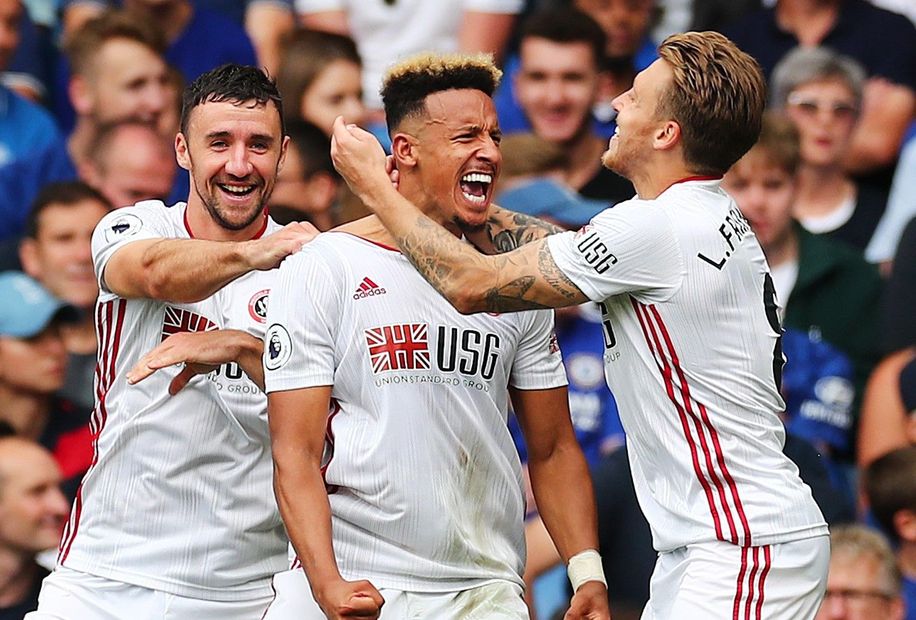 A last-minute own goal from Kurt Zouma helped Sheffield United stun Chelsea and earn a point as they fought back to draw 2-2 at Stamford Bridge.

Chelsea went ahead on 19 minutes when Tammy Abraham followed up goalkeeper Dean Henderson's save to finish from close range.

Two minutes before the break, Frank Lampard's side doubled their lead as Abraham took advantage of another defensive mix-up to score his second.

Callum Robinson pulled a goal back for the Blades less than a minute after half-time when he converted a cut-back from Enda Stevens.

Sheff Utd levelled in the last minute of normal time after a dangerous cross from Robinson went in off Zouma to deny Lampard a first home win as Chelsea head coach.

The Blades are eighth on five points, a place and point above Chelsea.