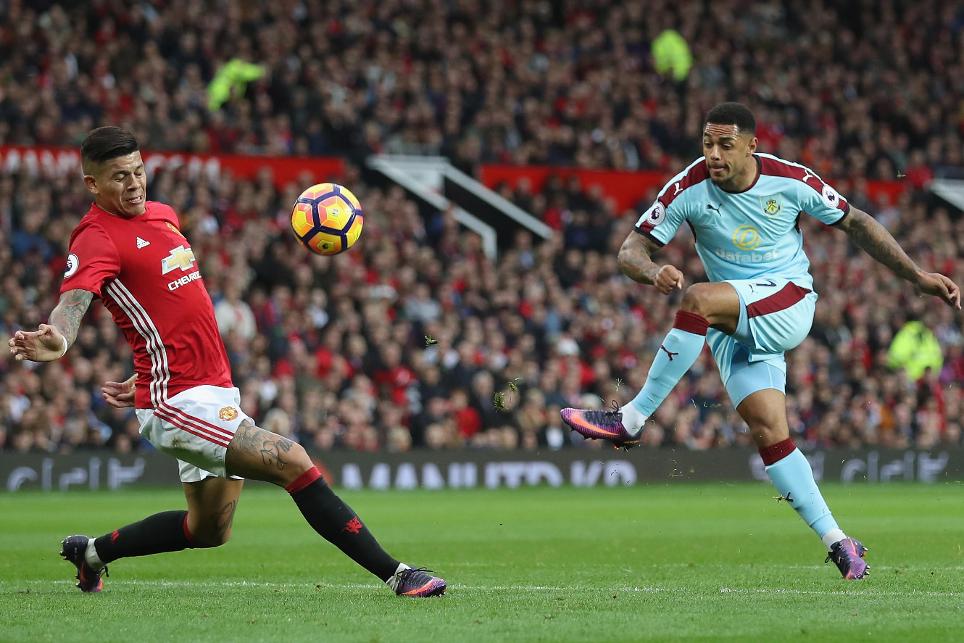 A Gameweek 11 home match with Crystal Palace allows Andre Gray (£6.2m) an opportunity to return to the goals and deliver a reminder of his FPL potential.

Having sat out the previous four Gameweeks through suspension, the Burnley striker was immediately reinstalled to Sean Dyche’s starting XI at Manchester United last Saturday.

The Turf Moor encounter pits Burnley against a Palace defence who have yet to keep a clean sheet, suggesting Dyche is likely to prioritise goals and three points.

His side have registered wins against Liverpool, Watford and Everton at home, notching twice on each occasion.

Top scorer for the club in last season’s Championship with 23 goals, Gray also found the net nine times in pre-season, more than any Premier League player.

He leapt to the attention of FPL managers with a goal and an assist in the 2-0 win over Liverpool in Gameweek 2.

But he slipped from the radar, and out of squads, with three blanks before his ban.

Looking at the numbers of Burnley’s front two, Gray and Vokes are identical for shots inside the box (one apiece), although the former edges chances created by an average of 0.7 to the Welshman’s 0.5.

Gray has been more instrumental to his side’s attacks. He has played a part (scored or assisted) in 66.7% of Burnley goals when on the pitch, whereas Vokes has been involved in 42.9%.

Palace have been susceptible to an aerial threat this season and with Vokes’ presence set to trouble Alan Pardew’s backline, Gray’s pace and ability to run in behind and benefit from his knockdowns could be key.

After the international break, Dyche’s side embark on a run of fixtures that included West Bromwich Albion, Stoke City and AFC Bournemouth in the next four Gameweeks.

Those favourable encounters score a total of five in the Fixture Difficulty Ranking, suggesting the 3.1%-owned Gray could soon be back in the points and in the mix as a cheap option for the third forward slot.