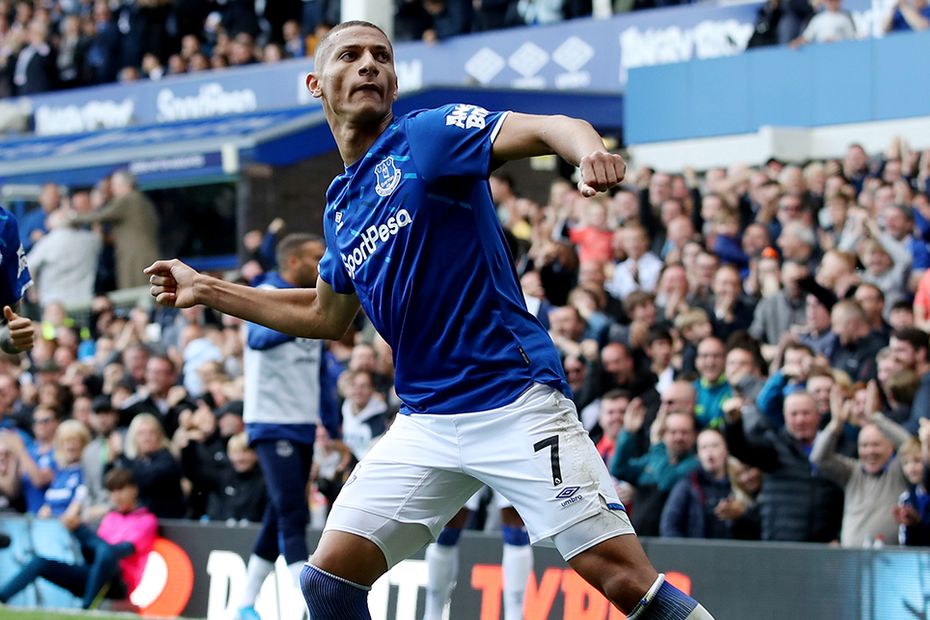 Silva outlines what he expects from two-goal Richarlison External Link

Richarlison scored twice as Everton came out on top in a pulsating match against Wolverhampton Wanderers at Goodison Park.

The Brazilian struck on five minutes by capitalising on a defensive mix up but Wolves drew level four minutes later when Everton did not clear an Adama Traore cross to allow Romain Saiss to finish.

Wolves levelled again with 15 minutes to go when Raul Jimenez headed in from Willy Boly's flick on.

But, with 10 minutes remaining, Lucas Digne crossed for Richarlison who powered a header into the bottom corner.

Everton's second win of the season lifts them to sixth place, on seven points. Wolves, who had Boly dismissed for a second yellow card late on, are 17th after their first PL defeat of the season.