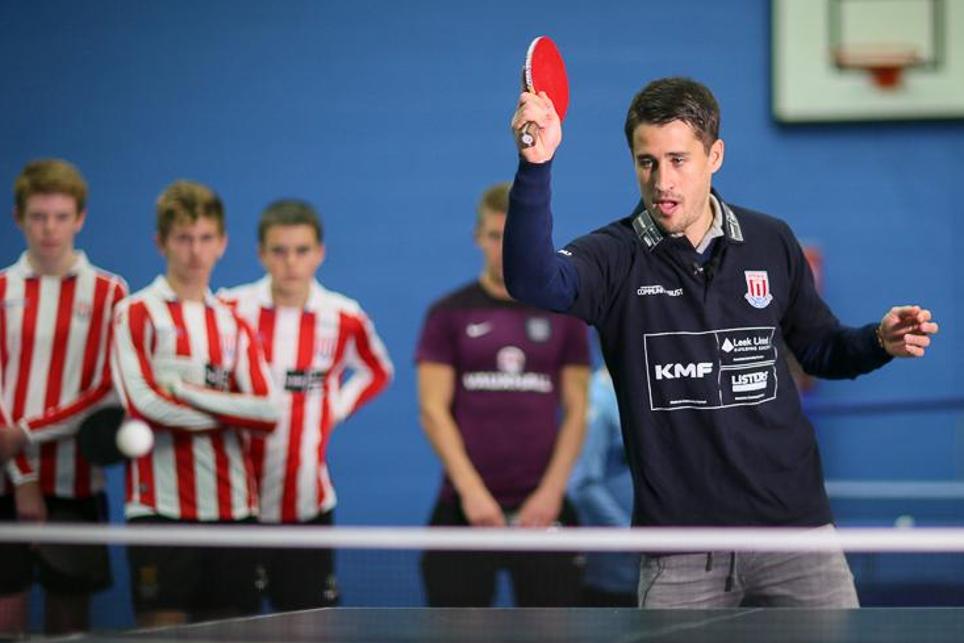 The Potters forward played matches with youngsters, tested himself with skills games as well as taking on three-time Commonwealth Games medallist Danny Reed in an exhibition to raise awareness for England's match against Greece in Stoke earlier this week.

PL4Sport participants from high schools in Wolstanton, Newcastle-under-Lyme and Trentham joined in with the session as they showcased what they have learnt on the programme, for a feature filmed by BBC Match of the Day for their regular Premier League Community features.

"We felt it was a great opportunity for our players from our Premier League 4 Sport project to witness the training regime of an elite table tennis player, which was topped off by a surprise visit from our very own Bojan," head of community Adrian Hurst told stokecityfc.com.

Table tennis is one of the Community Trust's most successful sports in the PL4Sport programme, which uses the appeal of professional football clubs to inspire young people to try out 12 Olympic sports.

Stoke's table tennis initiative is in its seventh year and regularly engages more than 100 young people across six sessions run every week.

"It's fantastic that we can reward the young people who attend our sessions week in, week out with the opportunity to see the likes of Bojan and Danny Reed in the flesh," said Richard Adams, Stoke's Premier League 4 Sport co-ordinator.