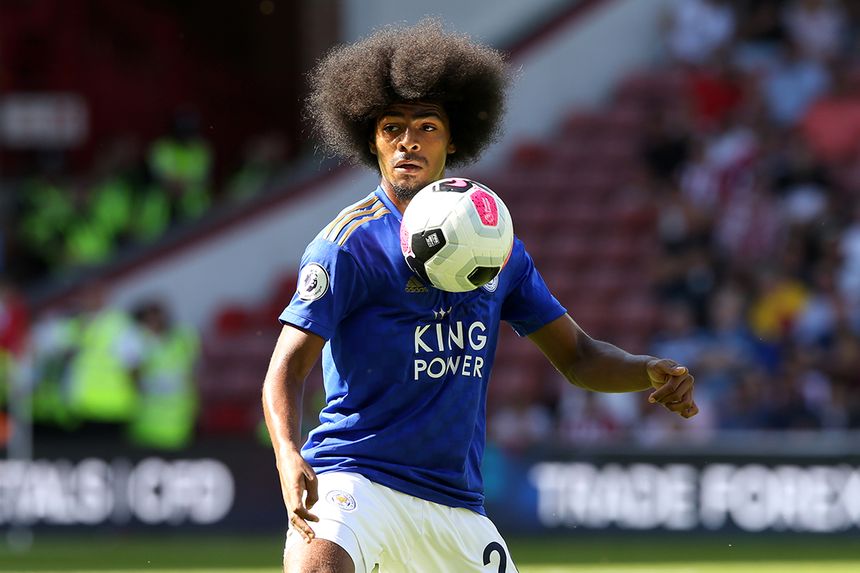 The headlines may have been stolen by Harvey Barnes' wonder strike in Leicester City's 2-1 win at Sheffield United, but it was team-mate Hamza Choudhury who stood out for Alan Shearer and made the PL Champion's Team of the Week.

Choudhury, 21, laid the foundations for a victory at Bramall Lane that maintained the Foxes' unbeaten start to 2019/20 .

🆕 @alanshearer picks his #PL Team of the Week 🆕

"Came and collected nearly every cross and set-piece. Also made a couple of vital saves for his side."

"Brilliant once again and yet another assist for the right-back."

"Nothing got past him all day. Crucial in a backs-to-the-wall performance."

"Outstanding at the back for Aston Villa. He dealt with everything Everton threw at him."

"The match-winner at Old Trafford and equally as important in defence."

"Marked his 400th match for Manchester City with two more assists. What an incredible player."

"More interceptions than anyone on the pitch. He provided great protection to Brendan Rodgers' side."

"A brilliant assist and a great range of passing in front of watching England manager Gareth Southgate."

"Another two goals in a deadly performance by the Egyptian."

"Two important goals and off the mark in the Premier League. I was impressed with his hold-up play."

"Two goals, three points. What a great day for the 21-year-old in scoring his first goals for Chelsea."

"The set-up worked to perfection and Bruce earned a much-needed win and performance from his team."