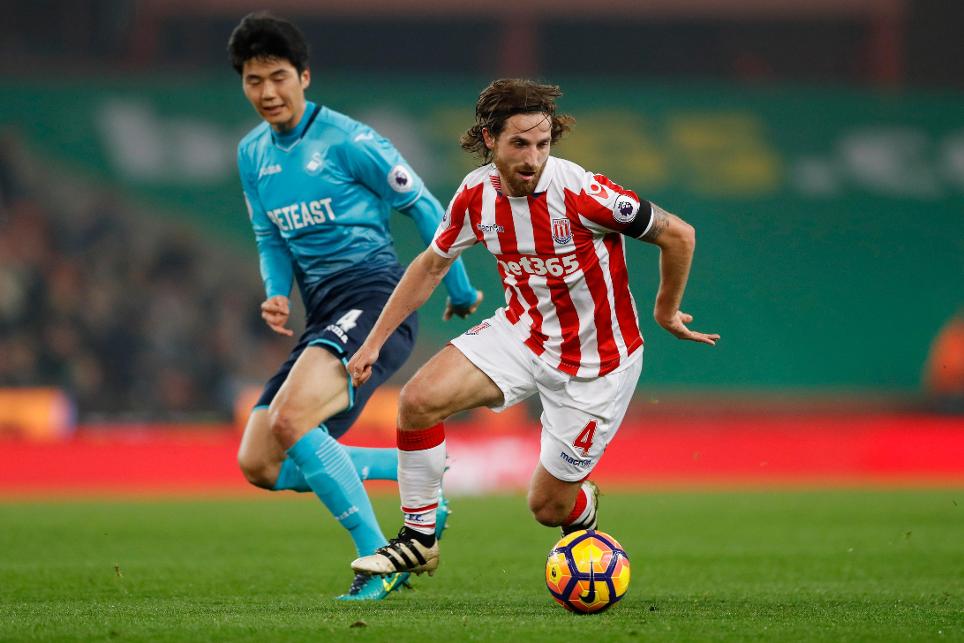 Stoke City midfielder Joe Allen says "confidence is flowing" in the team after beating Swansea City 3-1 at the bet365 stadium on Monday.

Allen set up two Wilfried Bony goals as Stoke registered their third successive Premier League victory, moving up to 12th in the table ahead of their visit to West Ham United on Saturday 5 November.

📝 Read up on all the talking points from tonight's #SCFC @premierleague victory over @SwansOfficial ➡️ https://t.co/QJt1wG0WJP pic.twitter.com/buDHx48gxM

"The confidence is flowing - we were hoping it was a matter of time and it’s all clicking now," Allen, who has already matched his best return of four goals and two assists in a PL season, said.

Bob Bradley admits #Swans are facing a test of their "character and determination": https://t.co/fIewenfYr5 pic.twitter.com/qagkDQOHQF

Swansea manager Bob Bradley said: "There's definitely a shortage of confidence - there wasn't enough belief at half-time when it was 1-1 that the second half was all to play for."