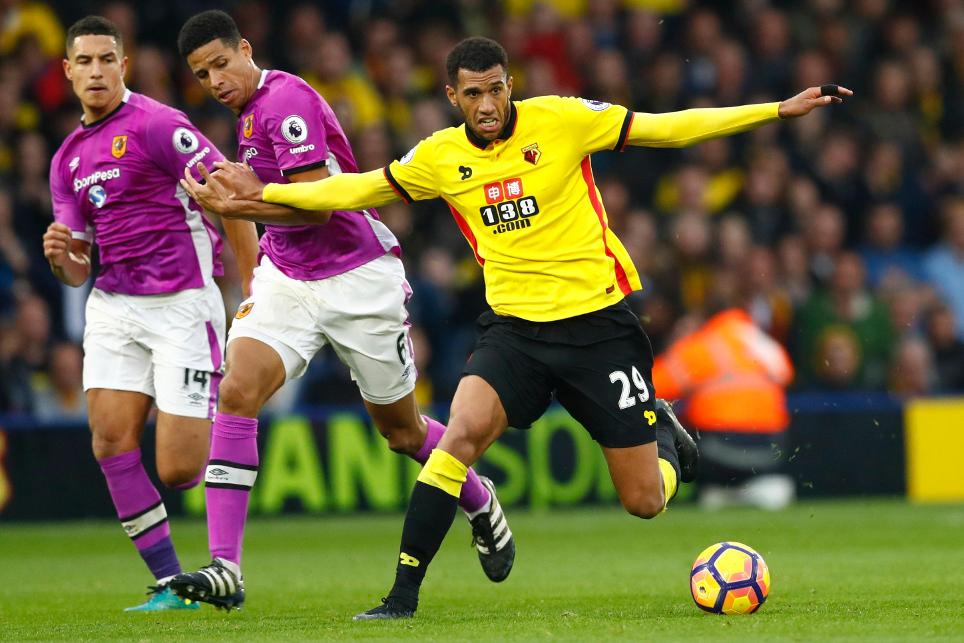 The Scout on why the midfielder's 40% ownership is set to decrease, with two Watford defenders on the rise

Watford earned a third consecutive clean sheet with a 1-0 win over Hull City, taking all of the Fantasy Premier League bonus points on offer at Vicarage Road.

Watford's centre-half produced eight clearances, blocks and interceptions (CBI), six recoveries and a successful tackle to keep the Tigers at bay. He also completed 84% of his 45 attempted passes.

Britos registered 10 CBI, seven recoveries and two completed tackles, while Amrabat impressed on his return to the hosts' starting XI.

Amrabat was ranked first in the ICT Index by some margin, with a score of 13.2 which was more than double any other player in the match.

In addition to his six key passes, the Morocco international supplied three successful open-play crosses and earned an ICT Creativity score of 76 - fourth top for the Gameweek so far.

Amrabat also fired three attempts on goal and managed more touches in the penalty area (eight) than any player in the match.

The Watford captain produced three attempts on goal, with two arriving from inside the penalty box. He also created two scoring chances.

Subject to almost 83,000 transfers in last week, the Watford defender has climbed in price in two successive Gameweeks and has now produced 33 points in the last four rounds of fixtures.

Watford's defensive resolve will now be tested by a trip to in-form Liverpool and a home clash with champions Leicester City in the next two Gameweeks.

Amrabat’s prospects of a regular role could be diminished by the return to action of Daryl Janmaat (£4.8m) off the bench at the weekend. The right-back has now recovered from a shoulder injury and is expected to challenge for a start.

Meanwhile, the 40%-owned Etienne Capoue (£5.2m) has failed to produce points in each of the last five fixtures. He continues to lose ownership and value as a result - he has been sold by more than 120,000 FPL managers since Gameweek 9.

Hull City have now scored only once in the last four Premier League fixtures and, with injured playmaker Robert Snodgrass (£5.6m) expected to be sidelined for up to a month, they appear to hold little FPL potential at present.