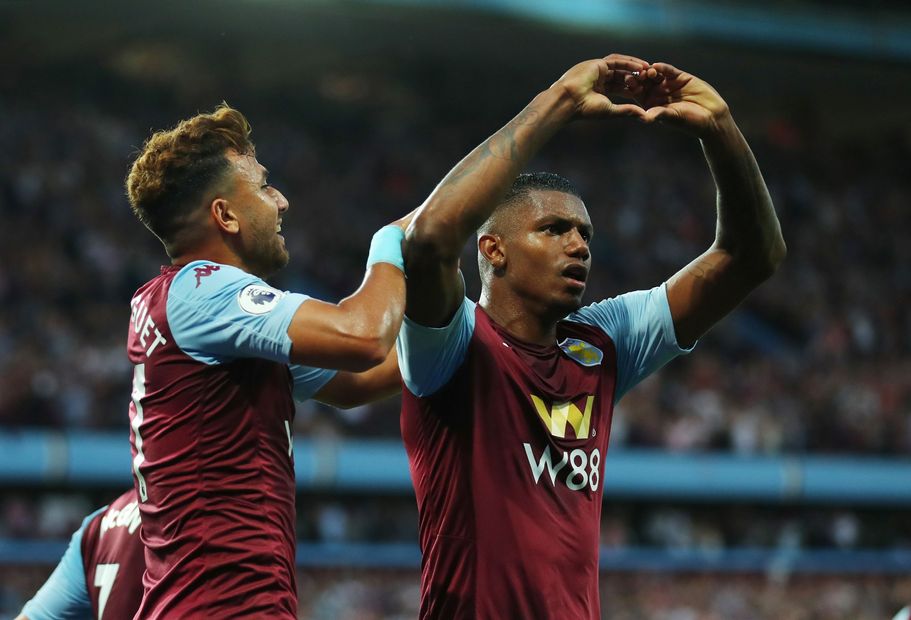 Aston Villa recorded their first win of the 2019/20 Premier League season thanks to goals in either half by Wesley and Anwar El Ghazi.

After a bright opening by the visitors, a well-weighted through-ball by Jota found Wesley, who finished coolly into the corner for his first Premier League goal.

Alex Iwobi came on for Everton after the break and had a powerful close-range strike blocked before rifling a shot against the post in the visitors' next attack.

Theo Walcott also came off the bench for the Toffees and missed a golden chance to level the match in added time, sending Moise Kean's cross over the bar.

In the fifth minute of stoppage time Villa struck again on the counter-attack, substitute El Ghazi latching on to John McGinn's pass to put the ball under Jordan Pickford and the result beyond doubt.