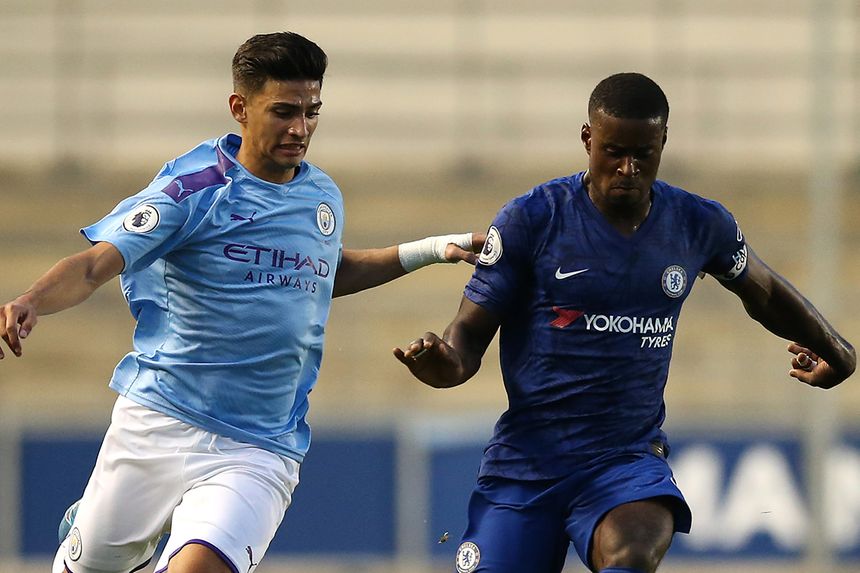 Marc Guehi made up for his own goal by scoring a 90th-minute equaliser as Chelsea drew 2-2 at Manchester City to go top of Premier League 2 Division 1.

The defender turned in a Fisayo Dele-Bashiru cross to give Man City a 40th-minute lead before 16-year-old Jayden Braaf doubled the home side's advantage on 51 minutes.

Billy Gilmour pulled a goal back for Chelsea on 82 minutes, scoring a penalty after substitute Faustino Anjorin had been fouled.

Chelsea captain Guehi levelled from close range to put the Blues on seven points from three matches and above second-placed Arsenal on goal difference.

Man City, in 10th place, earned their first point of the campaign.